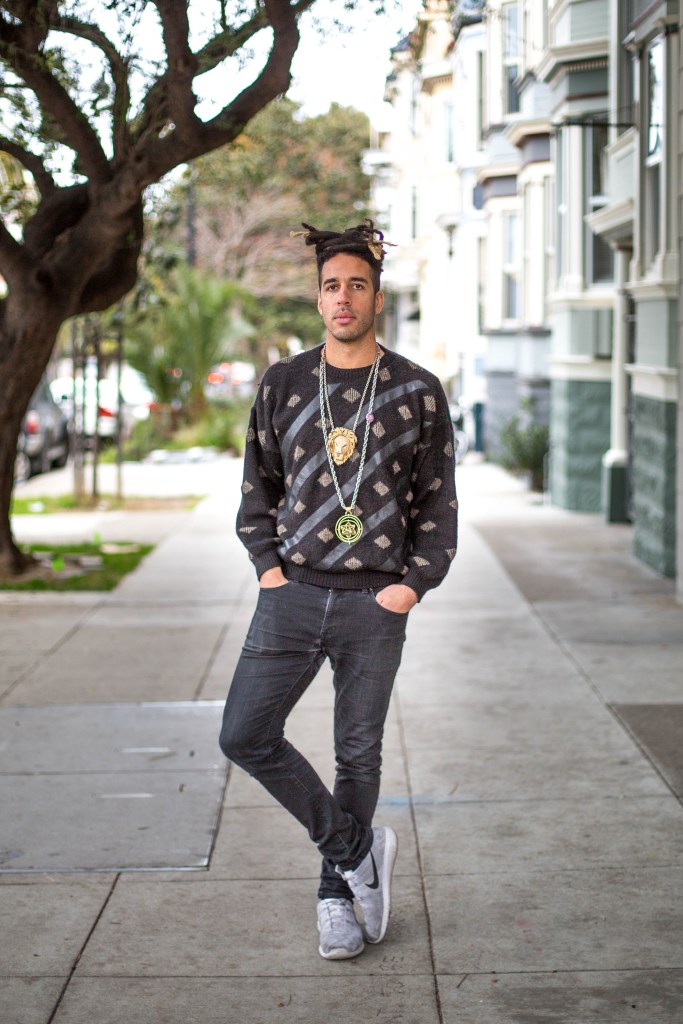 “I love your band Crashing Hotels, for those who don’t know about it, tell me about the sound.”

“The sound is how it looks, how it feels, how it is, how it’s lived. The truth of it is it’s dark, electric dance rock. We’ve been up to a lot of cool stuff, just got back from a packed show in LA at the Viper Room. People were definitely looking and watching and after the third song they really started to move. It was cool because instantly it was buzzy in there and it was fun to be the center of the buzz.”

“Your shows are pretty theatrical and visceral. How much of it is planned out and how much is reactive to the vibe of the night?”

“100% reactive. That’s why I could be the best frontman of a band or the worst frontman of a band. I should probably say ‘Hey, pick up the merch but sometimes I forget to do that shit because I don’t have a plan. Or I just don’t know what to say, I more naturally feel like not saying anything and only speaking with the music that’s being played.”

“What do you want people to take away from a show?” 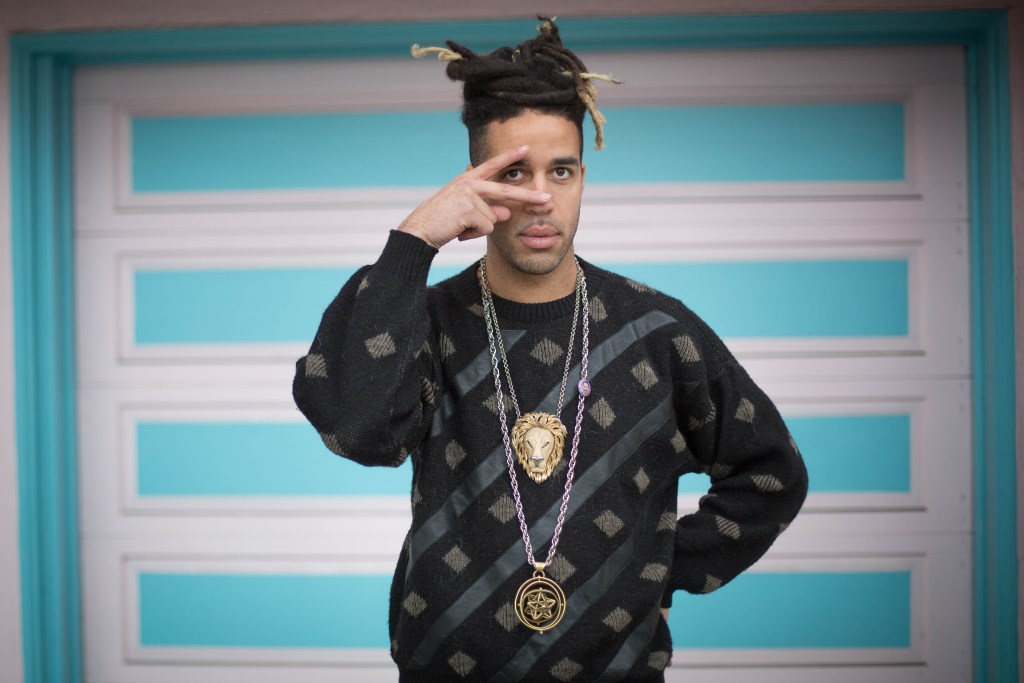 “What’s the origin of you love of music and desire to create?”

“Shit man, not to sound like a hippy but you’d have to say the origin is from the stars. Star people. I have no idea. I’ve always making noises and percussion since I was a baby. How is anybody anything? Who the fuck knows? My love is innate.” 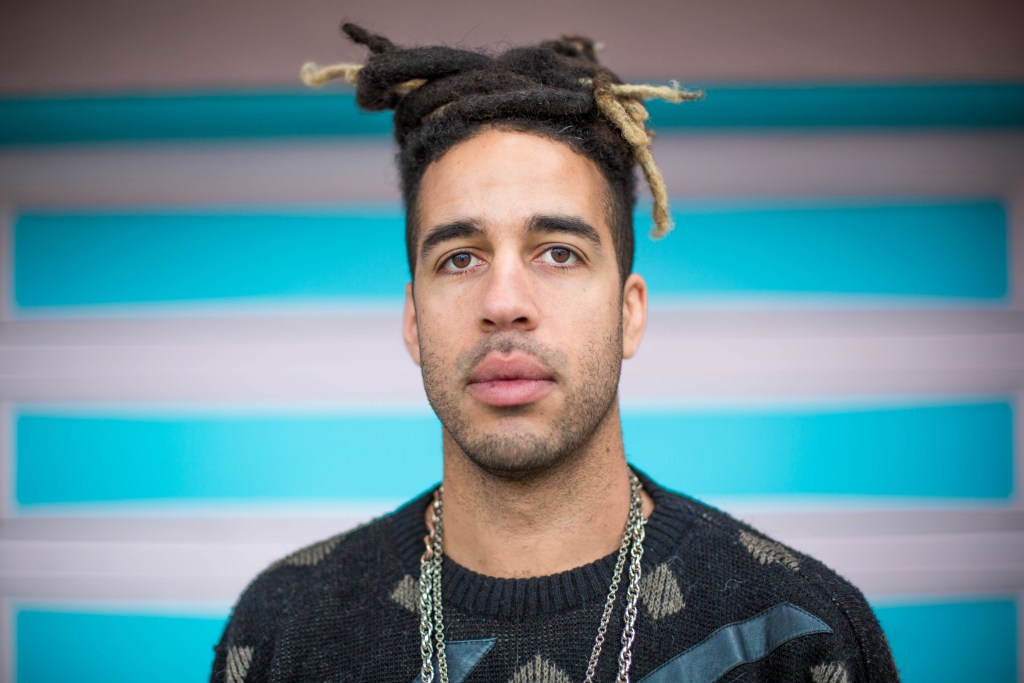 “How long you been in San Francisco and what brought you here?”

“I’ve been in San Francisco 8 years. Fascination with seismic activity and geology, engineering and bridges brought me here. How could a place like this have two bridges with a fault line that’s moving? I’ve been super curious about that since I was a little kid. I was a tough kid. I think there’s a missing part of my brain but I’ve never really felt like I could lose. Even in fist fights. Not because I was the biggest kid or the strongest kid but because I was unable to picture being beat up. I never even say defeat, I always see myself winning. I feel like the universe sees me as a durable piece of fabric. I get a lot of wear and tear. When I was a kid I was known by everybody by never really accepted into a friend circle. Elementary school, middle school, high school, college, and now I’m kind of on the same path. This is actually the best part of my life right now. When I speak with people there’s always a strong connection but it’s very rare that I hear the telephone ring.”

“Well you seem to like to explore deep things and have a very specific energetic frequency…without judging the different types of frequencies that there are I’ve noticed that sometimes even if people are flowing with me in the moment sometimes in the aftermath of an interaction they will feel like it was too deep or that they’re not interested in exploring the same types of things in the same way that I am. You might be the same way and that might be why you only click with a certain type of person.”

“Yeah, my motto is I’m the most popular unpopular person.”

“Who do you think has been the biggest influence on your life and development?”

“My highest influence has to come from my creator. I’m influenced through the star people who created my parents. These are people I don’t even understand but who I can tap into by allowing myself to be open through myself. It’s kinda like the sound when you put some water on your finger and you rub it around the rim of a crystal glass. Depending on what type of crystal that is and how good that crystal is and how it’s shaped you get a certain tone. It buzzes at a certain frequency. My influence is my frequency.” 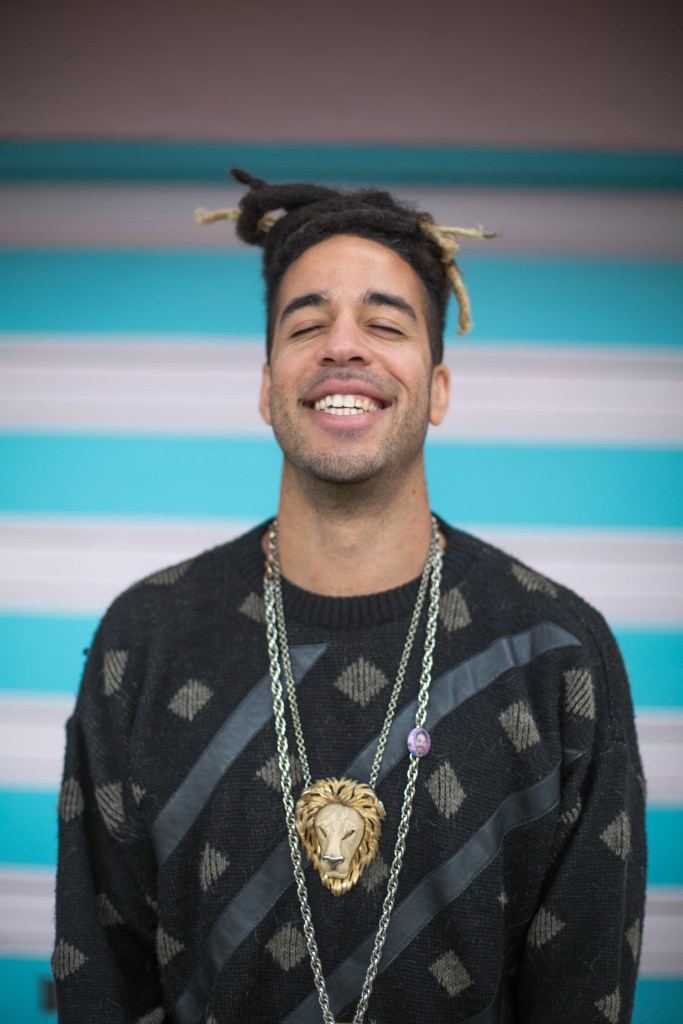 “What’s your dream for you life?”

“My dream is to be at a dinner with my friends who are involved in Crashing Hotels to be somewhere internationally with dinner on me. I have a short attention span…dreams lose my attention. But daydreams are what keeps me going. A daydream is a dream that happens every single day. A day dream is a snowflake and a dream is a snowball. I look at snowflakes because those are what is motivating me right now. So I’m just trying to get to that table to have some dinner. After that we’ll start fucking with some avalanches and snow ball fights.”