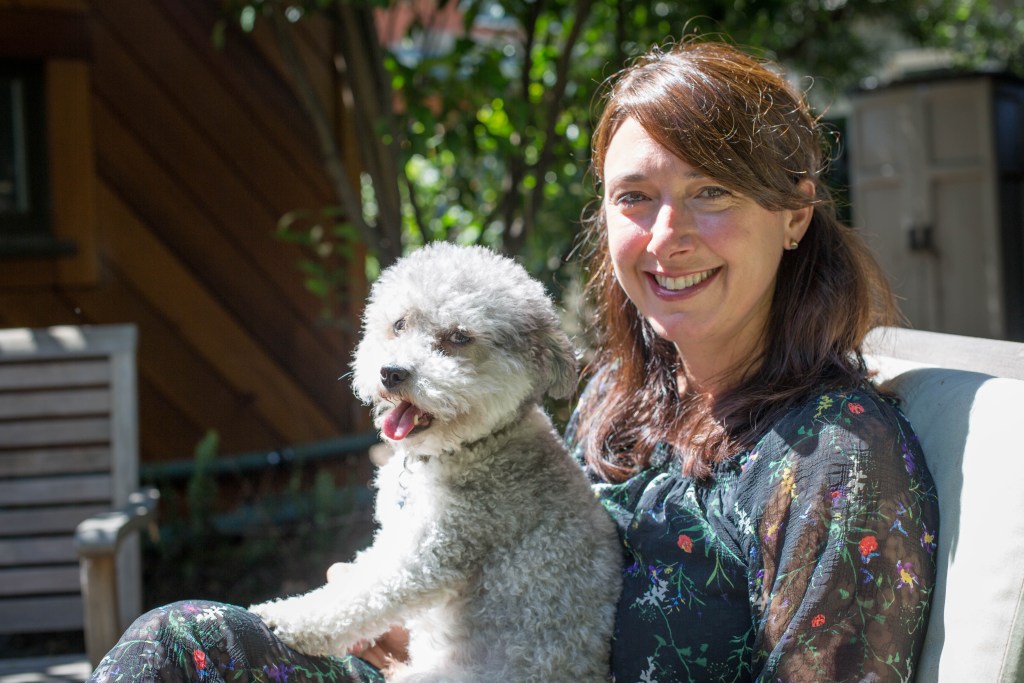 “This is Rudy. We’ve had him for 2 years. We think he’s 7 years old. We found him online. He’s some kind of poodle mix. He’s the kind of dog that makes people happy. It’s been cool to have him on my walks in the morning because we just moved here and when he’s with me strangers are all of the sudden friends. He loves your lap and he wants you to hold him. I love him because he reminds me to relax.” 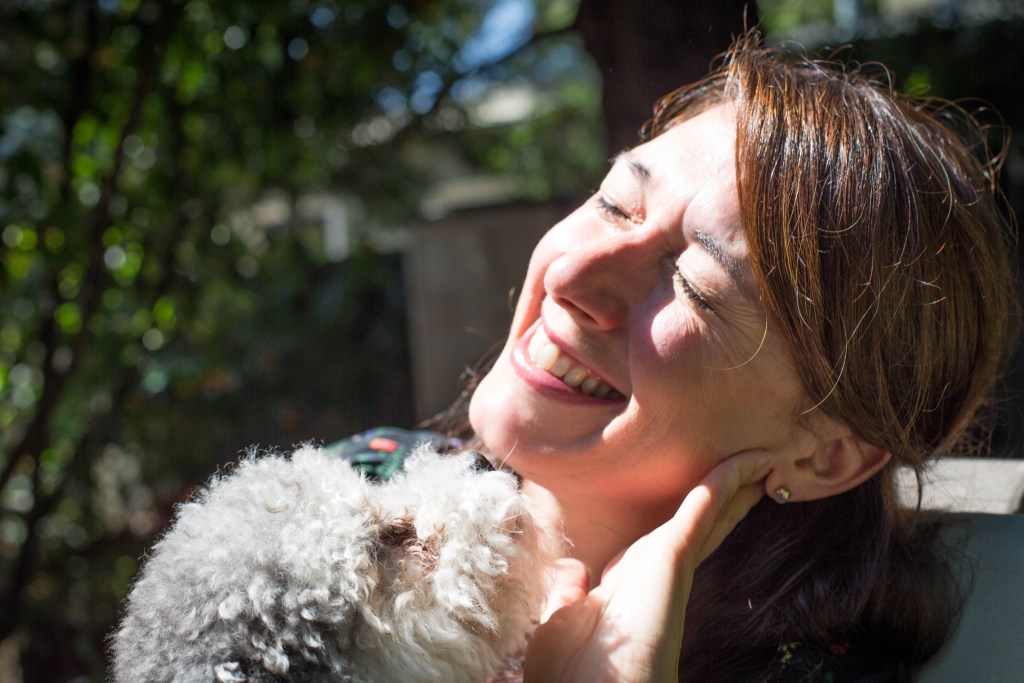 “He knows when we’re sad. He’ll find me. He’s a small dog but he has such a big soul and energy.” 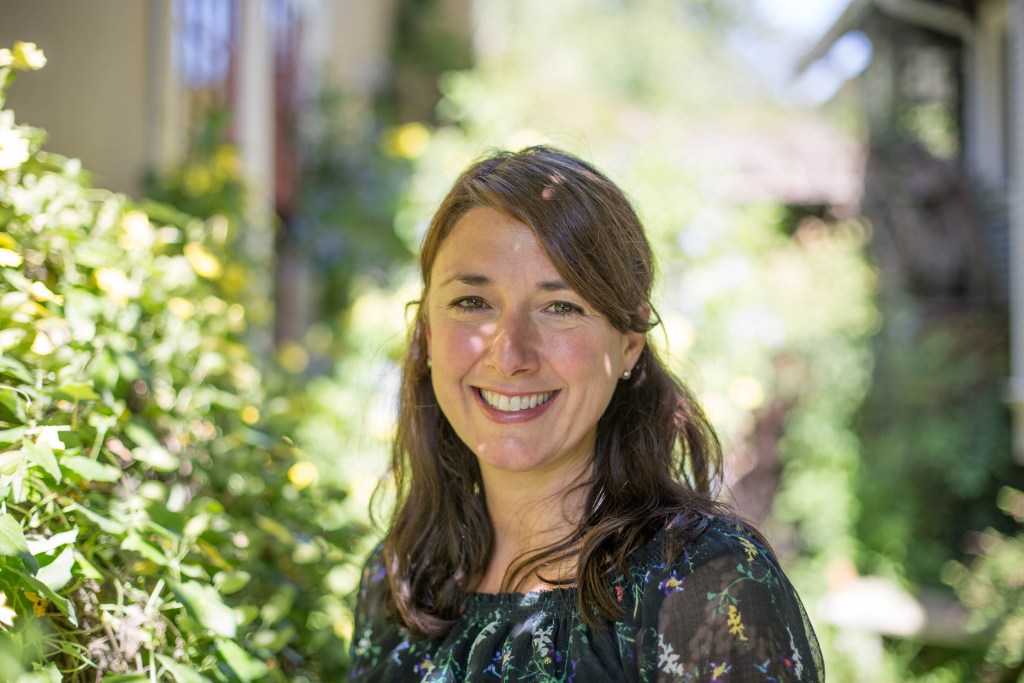 “When I met my husband we spent 2 weeks together and knew we had to be together so we moved to North Carolina together to go to school. He had his Phd, I had my Masters in Counseling.”

“How’d you know you had to be together?”

“Just something in my guts. That whole visceral thing people say about ‘when you know, you know’. I knew. I was so excited to be with him, but I also felt grounded in myself. I didn’t have to be anyone else.” 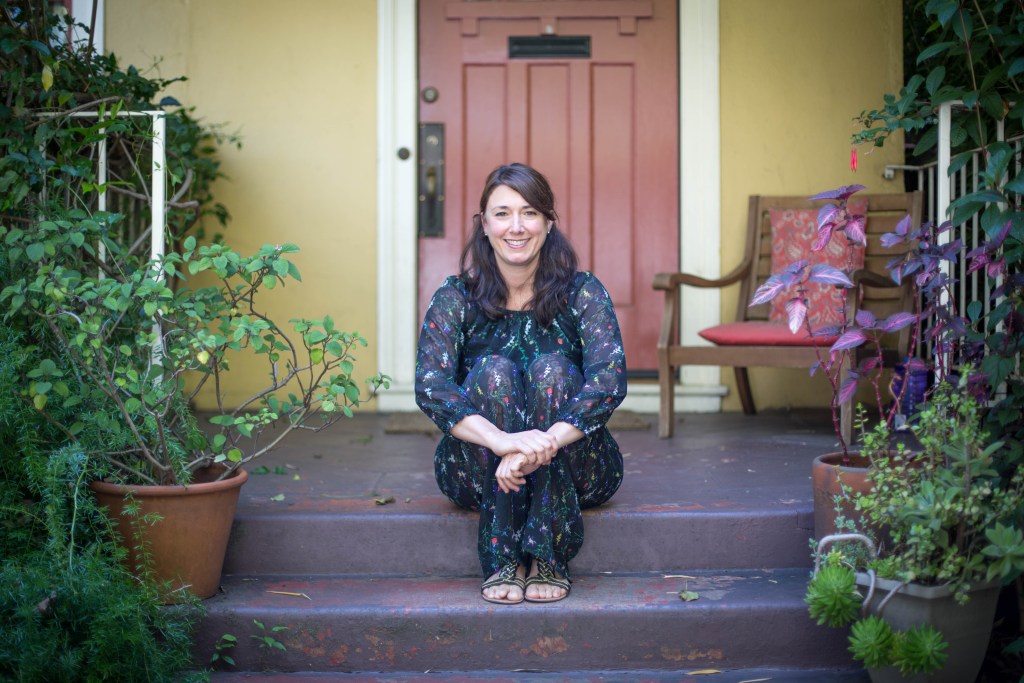 “What’s unique about it?”

“It’s cool, it’s got this great down to earth vibe. It’s got edges, it’s got diversity. There’s a lot going on here but it’s not trying to sell itself. I mean, where else can you meet someone named Dijon who does something called SOULS of Society who comes over to your house to hangout and do something awesome like this?” 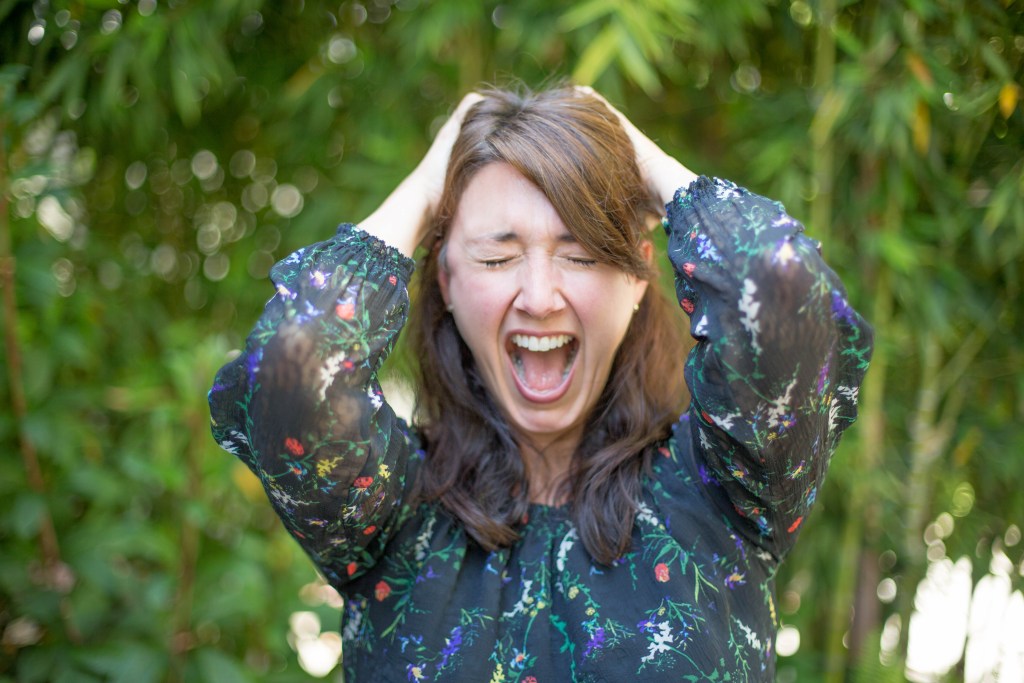 “My favorite thing to do is sing. Been doing it my whole life.”

“That’s cool. I just decided a couple of months ago I wanted music to be the highest priority in my life. I’m playing in a group with some friends now and we’ve written 5 songs in the last 3 weeks and they’re awesome!”

“I’d say music. I don’t like to think of myself as playing one particular instrument because I fiddle with a lot of things. I’m more focused on making cool sounds and combining them than anything else. I really enjoy producing tracks.”

“That’s so fun. Someone told me that creating music is the activity that the most parts of the brain are talking to each other at the same time. It’s one of the healthiest things we can do.”

“Yeah, that was that documentary about people going to play old people music and-“

“-They do that with Alzheimer’s patient’s-“

“They can remember songs more than memories.”

“I love to sing because I feel honest. It’s the best way to communicate what I think and feel.”

“Do you play just for fun or do you do shows and stuff?”

“I have. I’ve sung in bands. When I was in San Francisco I sang at Glide Memorial. In college I was in a band for 3 or 4 years. Nothing big, just really good fun.” 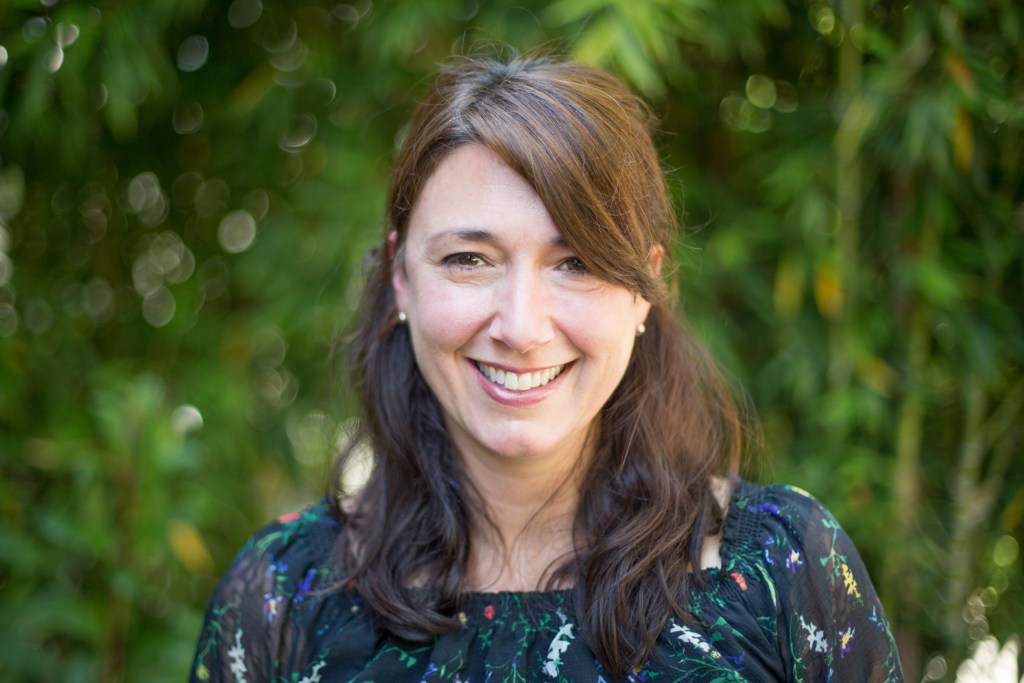 “Music and food are my two big passions. Outside of just being with people. Food and cooking and eating are passions in my family. I just enjoy turning simple ingredients into a whole meal for all the senses really. You can touch it, taste it, smell it, even listen to it. It’s grounding, it’s almost like a meditation. Since I was a little kid the kitchen has been my favorite room in the house. I took a cooking class when I was 12. I got my own little apron. I think it’s a way to exercise your independence. Making some food for yourself is a big deal when you’re a little kid. And it’s something you can share.”

“Sounds like you have a lot of good energy you’re putting into making food for people. That’s so important because outside of physical intimacy I think making food for someone is the most intimate form of energy exchange. And it’s so common people don’t even really think about it, but when you eat someone’s food you’re totally taking on their energy. That’s why I like to go to farmer’s markets to buy food so I can look the person who grew the food in the eyes and feel out their vibes.”

“My mom taught me  a lot in the kitchen. When I cook I feel like I’m with a part of her and I feel at home.”

“It’s just that whenever you’re in her home, she has her 100% attention on you. She has this way of putting people at ease and making them feel like the most important person in the room. She just wants you to feel at ease. I feel like I grew up in a constant dinner party.”

“That sounds fun. It wasn’t until I moved out to California that I realized how big of a role food plays in our lives. If you’re eating high vibe, delicious food all the time, it’s hard to not enjoy your life.”

“Sometimes I hear people say they don’t want to buy organic but it’s like…it’s food. What’s more important than that?”

“Right, I kinda think about it like, ‘I can pay more now, and use food as medicine or I can wait till later and pay to cure sickness.” 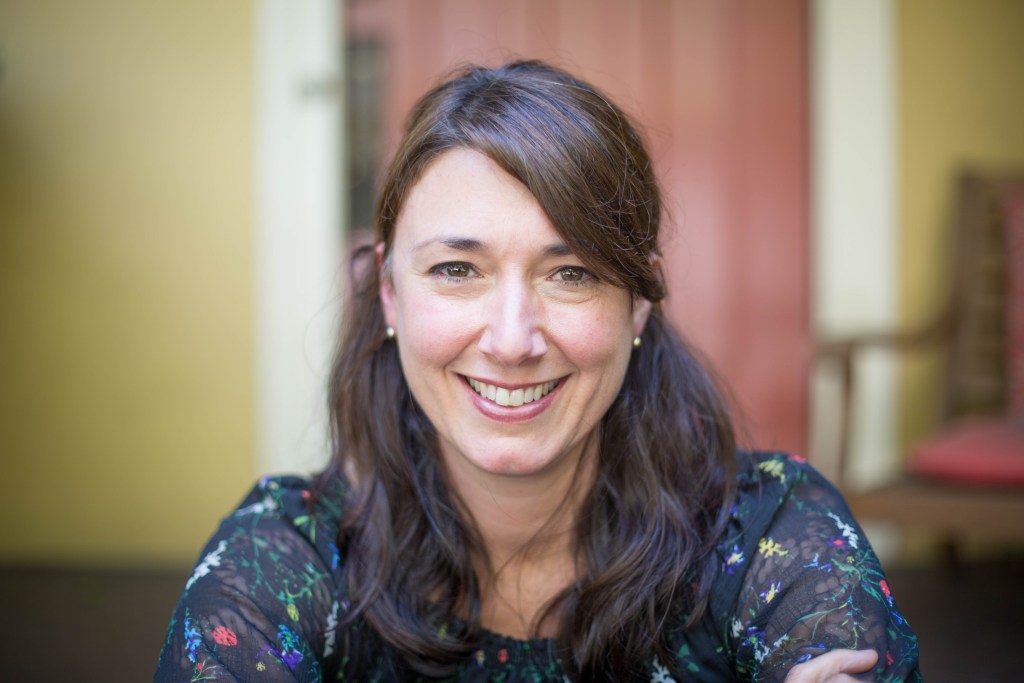 “How’d you get connected with Josephine?”

“A friend told me about it. For me, because I’m new in town meeting new neighbors and getting plugged in is important to me. If we’re removed from where we are and who we’re living around it can be a pretty lonely experience. So Josephine was a bridge to not feeling isolated and getting to know people while doing something I love. I’ve cooked one meal with them so far.”

“It went really well. I cooked our family’s chicken enchiladas. I think about 10 people came. I made 32 enchiladas.”

“Were they neighbors or-?”

“Some were, and some drove from other places to come.” 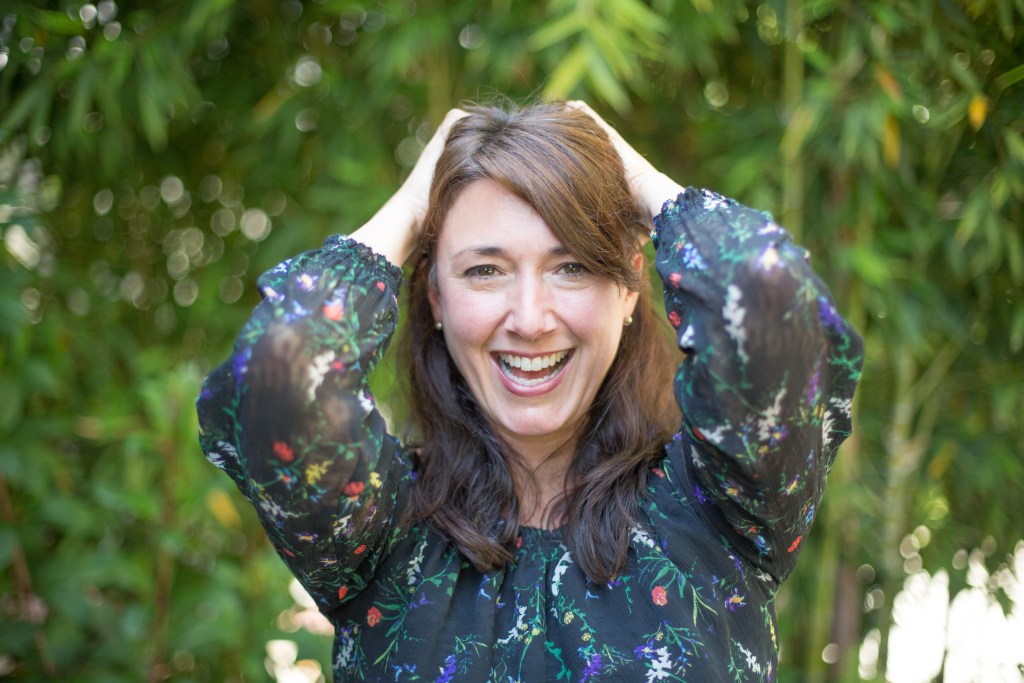 “One thing I like about Josephine is that it allowed me to try something completely new…just because. I was curious and I didn’t have an attachment to any of the results. That’s something I hadn’t done in a long time.”

“What had you been doing?”

“I was a stay at home mom. I’m thinking about studying nutrition again.”

“This is a great place for that.”

“Yeah, I’m thinking about food as medicine and being more intentional about what I’m putting into my body.”

“One of my goals for 2016 is taking really good care of myself. Taking more time to eat really good food and planning for that. Totally giving myself over to the experience. I feel like it’s one of the best ways to love ourselves, just eating well. Just to nourish my soul through food and music.”