“Back in December I found a lump in my right breast. It was right after going home to visit my grandfather. He was diagnosed with a brain tumor in November so cancer was kinda on my mind.  When I came home and found the lump I got it tested right away. The first emotion I experienced when I found out was fear. It’s like a death sentence almost…but it doesn’t have to be. I was really worried I wasn’t going to be be able to pay my medical bills so my best friend Angelica suggested that I try YouCaring. She went through cancer about 5 years ago and she said, ‘Maybe it’s time to ask for help.’ It’s in the area, the don’t take as much out of your campaign like a GoFundMe. I could set it up myself.” 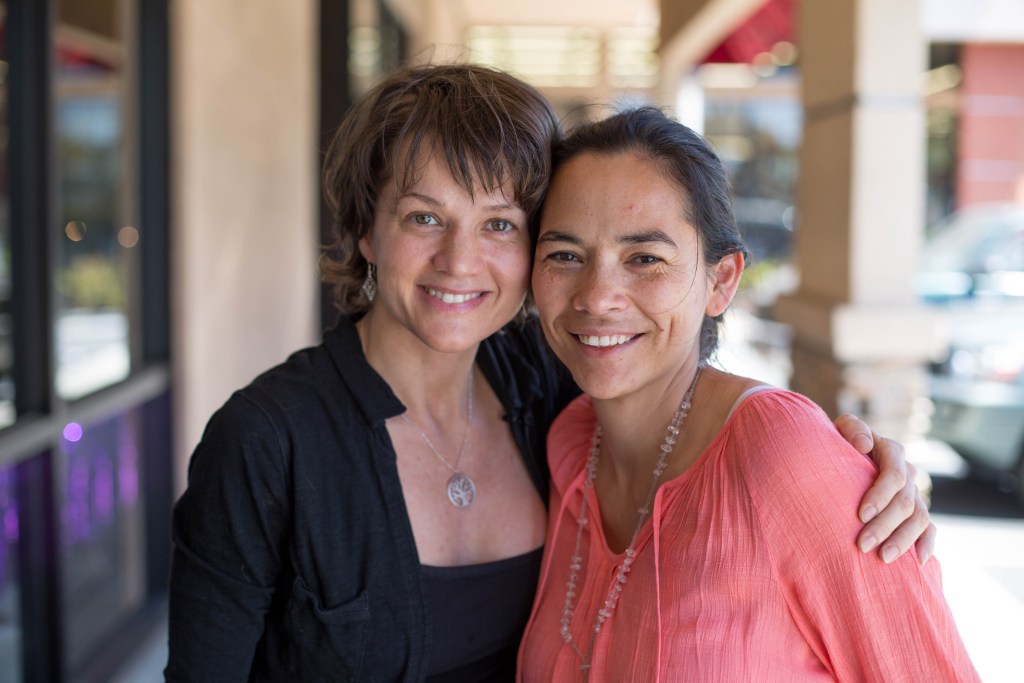 “So did you get it removed?”

“Not yet, that’s where the medical bills come in. The first day with the mammogram and everything cost $3,000 and that’s with insurance. I wanted to see someone for nutritional counseling but insurance doesn’t cover that. I just want to figure out how I caused it. It’s not just going to go away when I get surgery, I need to look at how I caused it. It’s lifestyle things. For a long time I was going to bed at 3am and getting up at 8. I used to really like that quiet time but I finally got it down to 11pm. My doctor wants it down to 10.” “When I was in my 20’s I got implants put in because I thought I need them at the time, it was kinda dumb but…when they did the biopsy they deflated one so I have to get the implants taken out. Now I just want the implants out, I want the cancer gone, and I want to go back to living a healthy life. I have this deformed implant hanging out there that’s reminding me I’ve got this thing going on. It’s been really interesting about body image. I’m in the yoga room usually not very covered and I have 2 different size breasts. It’s a lot harder to look myself in the mirror.” “How do you feel on a day to day basis?”

“When I’m not thinking about cancer this has shown me how much support I have around me. Even you taking my hand like this and seeing that there’s people who want me to share my light with the world. The YouCaring campaign has given me that. I can face this the way I want to do it.

“What’s your relationship with death?”

“I still feel like there’s stuff for me to do and that it’s important for me to be here. I don’t know my 100% passion but I know teaching is a part of it. I love that feeling when someone comes up to me after class and feels empowered. I like to draw, it almost feels like being connected to God. I feel it in my heart. I feel a spiritual element passing through. I draw crosses, Ganesha, native american symbols. I started working with a medicine woman about a year ago. I feel like the medicine told me before I was diagnosed that if I take another persons medicine it could make me very sick. I think it way saying if I took the radiation it was going to make me very sick. That may work for other people but I don’t think it was for me. Sometimes we try to help people in a way that harms them instead of letting them learn their lesson. We want to protect somebody instead of letting them have their choice.” “It’s really beautiful how you choose perspectives and actions that help you feel empowered.”

“Well I don’t have the energy to waste. I don’t have the energy to fight, I don’t want to fight, I want to heal. I want to help other people to do that too. I’ve realized that you have to take care of yourself before you can take care of others. I had been a bit imbalanced before. This has really taught me how to ask for help and then receive. Sometimes the rough things that happen to us are trying to get us back on track.” “How do you like to spend your free time?”

“Bikram yoga. About 6 months before my 35th birthday I decided I wanted to be in really good shape so through the suggestion of a friend I went to a class. It was really hard, and I felt sick in the middle of it, and I had a headache from it…but that night I slept better than I had in a really long time. A week later I took another class. I drank more water and was more well prepared. I started feeling better so I just practiced as much as I could.” “Were the benefits just physical?”

“No, mentally it does something for my mind that the other ones don’t. It helps me to get into my meditation. I developed a lot more patience for people. I was working at a bar at the time and I was just more centered and I didn’t get lost in what was going on around me.” “What do you like to do outside of yoga?”

“I draw a little bit. I do some black and white drawings. I love to listen to inspirational speakers. Listen to music, play with my cat, read. I’m actually an introvert so when I’m not teaching yoga classes I like to recharge my batteries.”

“I’ve been listening to a lot of Tom Kenyon. He’s a sound healer-”

“I’ve heard of him, he channels people right?”

“It’s more like musical beings. Sometimes you hear him sing and he sounds like whales. Sometimes it sounds like he’s channeling a shaman. There’s something otherworldly about his voice.” 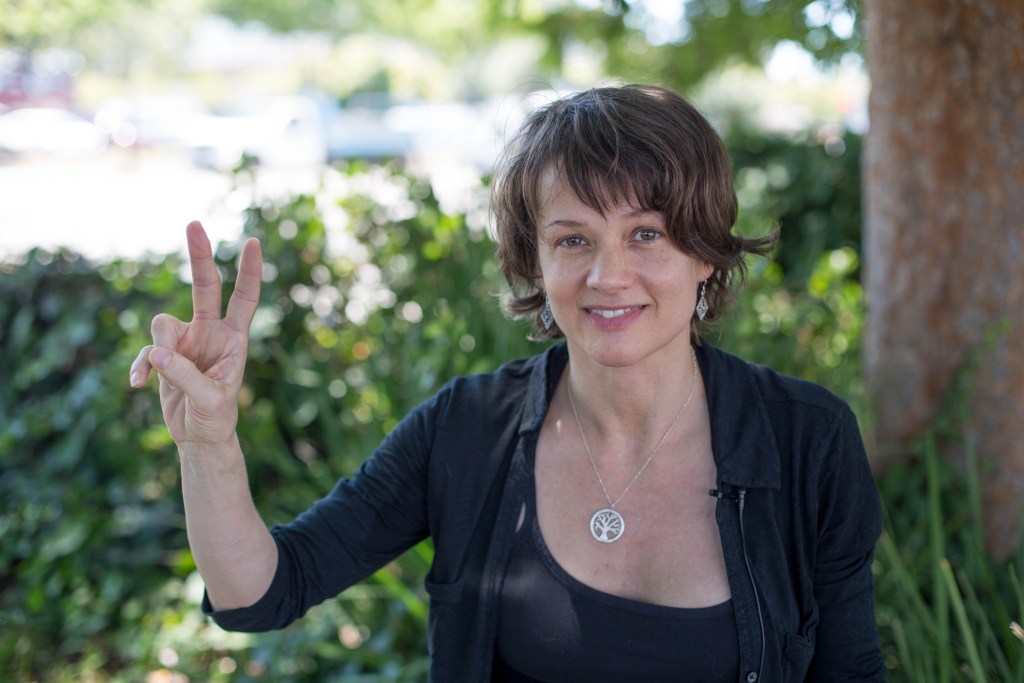 “What’s one of your favorite things about yourself?”

“My heart. I used to think it was a weakness when I was younger but now I realize it’s one of my greatest strengths. The willingness and the ability to empathize with someone and connect is a huge thing.

“When people talk about you what do they say?”

“They probably would say I work hard. And maybe that I should work less hard and just be. We’re not human doings. It’s easy to get caught up in the doing. It’s a lot more of a challenge sometimes to just be. This has been be my opportunity to realize that.”

“What brings you joy?”

My nieces and nephews, looking at plants, the ceremonies I do with wauchuma, it’s heart softening medicine. It subtly shifts my perspective. 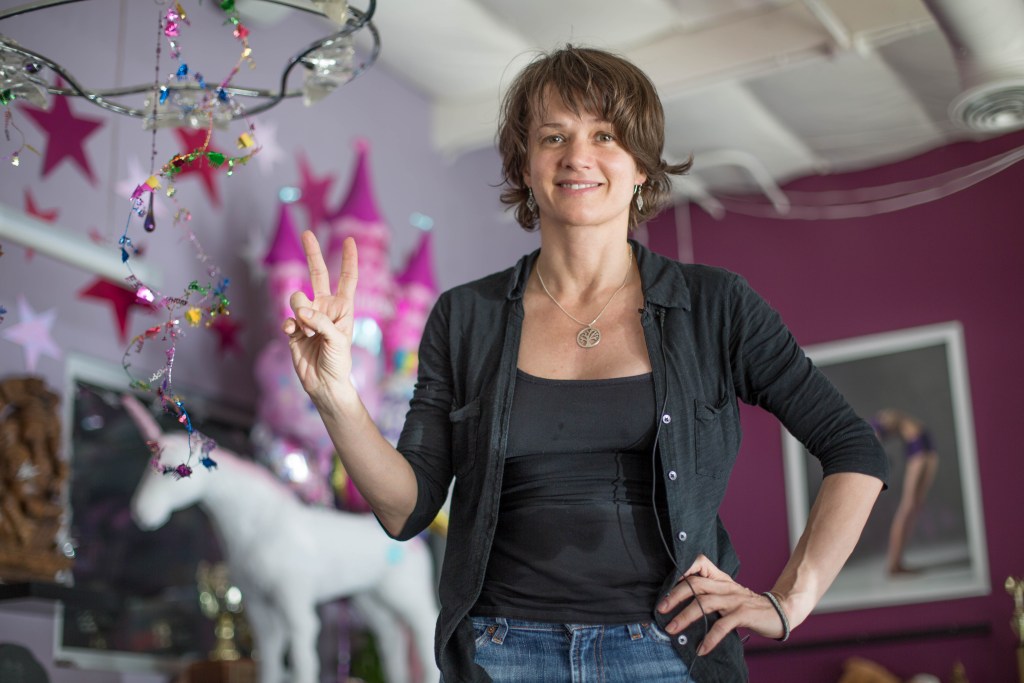 “I think it’s near a pond somewhere. Probably reading a book. There’ll be animals there. Hopefully a good cat. Maybe a dog. Hopefully I’m sharing whatever it is I’m supposed to share. Hopefully it’s peaceful but not boring. I hope the book I’m reading is teaching me something new.

“Maybe I’ll come visit you by the pond.”

If you’d like to support Jen’s recovery check THIS out.