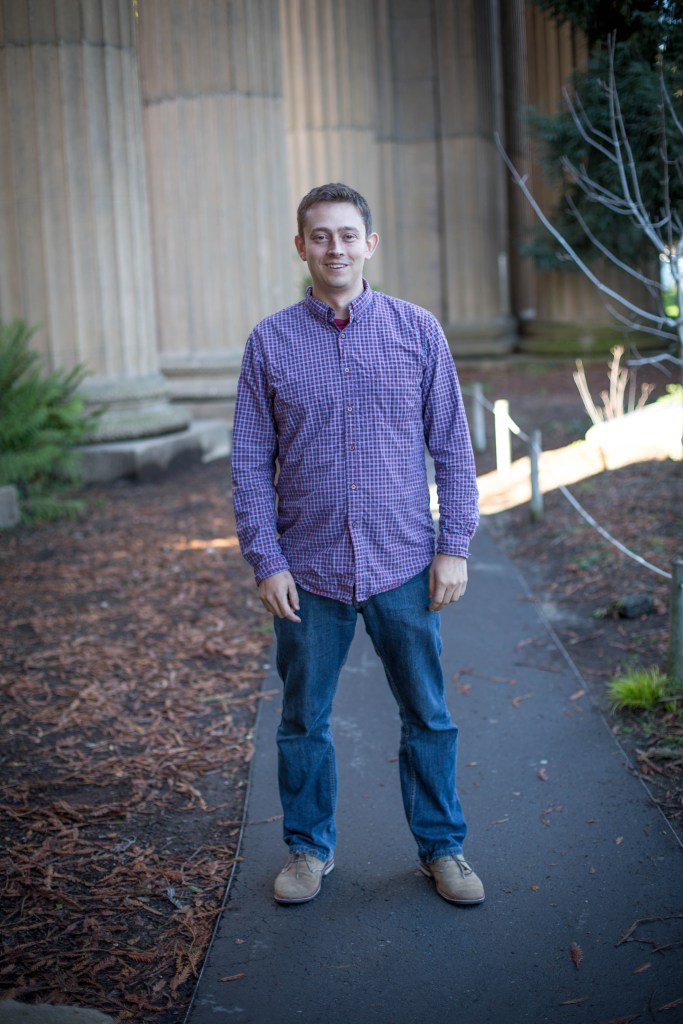 “There’s something really special about this city and I’m not sure what it is. I’ve lived here since June.”

“You’re brand new. Where you from?”

“That’s a tough question because when you’re from a lot of places you’re more of an amalgamation of all your old experiences. I say I’m local to San Francisco but my parents live in Boston.”

“Oh yeah? Yep, my mom and dad live in Cambridge. I met Ryan there in grad school.”

“What’s your first impression of the bay?”

“It’s been…no one has asked that question yet. My first impression is that’s looking to sort through oxymorons almost. It’s a city where people pursue deep authentic connection and yet there’s a lot that’s very superficial and surface level that happens. I’ll give you an example…on the 4th of July I sitting on this hill trying to see the fireworks but there was all this fog. Everyone was trying to see the show, but no one was moving. It was this beautiful metaphor for the country. We all go up this hill looking for some truth and the city gives you fog. Everyone’s still up there searching. I love the fog, I think it’s romantic. There’s something impermanent about it. It’s the one thing that unites the city. This delusion, this belief in some truth that you hope is real.” 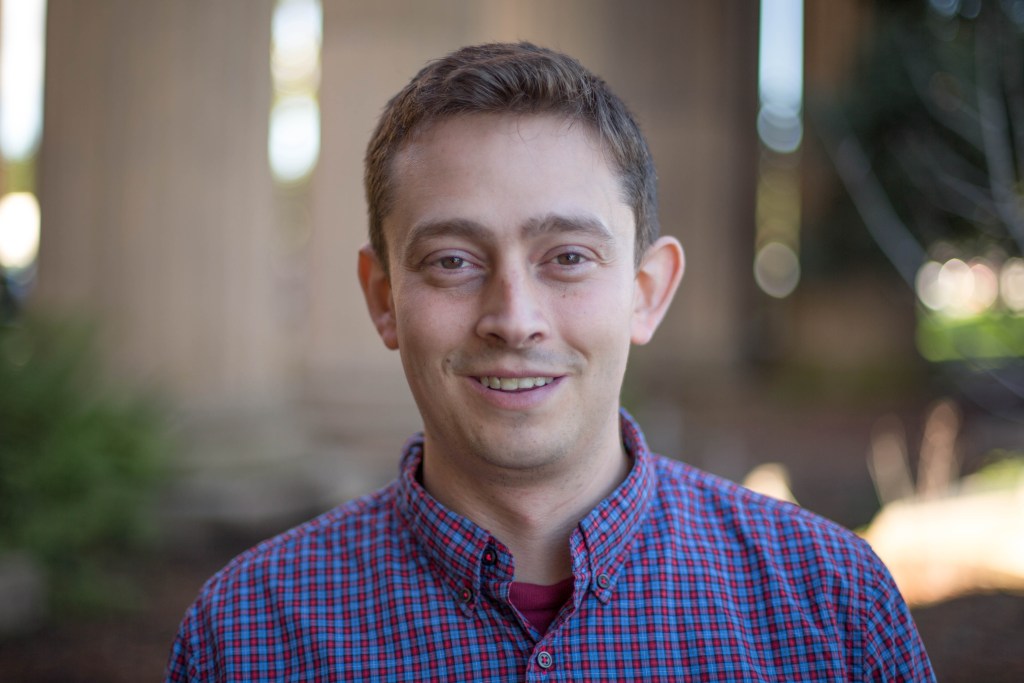 “When I moved out here it was the first place I thought I could live for 50 years and die…and it still feels very impermanent. There’s a constant process of reconciling different emotions. It’s a beautifully safe city and yet you have to be on guard all the time. It’s a city in pursuit of higher truth and it still can’t take care of it’s basic needs.”

“That’s so well put. Thank you. Do you know what your vision is for yourself in your time here?”

“No idea. When I did Hive back in April my life purpose was to light the path for those who walk it. About a month ago I realized it was something different. I’m not good at being a light, I’m good at being a tree. A tree is something that takes in all the energy that’s expelled, reprocesses it into something that then other people are able to use as momentum, which is carbon dioxide and oxygen. That’s different than a light. A light shines that pathway and kinda stands in that spot. For me, what I attract, is holding all the fucks in the room. Everyone comes to me with their emotions and opinions and they come to me and I try to reprocess it and send it out with the right momentum to drive ourselves forward. I didn’t realize but I’ve been doing it for years. What I love about Hive is that we’ve got all this amazing stuff going on, we’re right on the riverbank, and the more times I can be a tree for someone, the better person that I am. That level of intuition, that level of coaching, that level of simple care is my sweet spot. It’s also really hard to be in that all the time.” 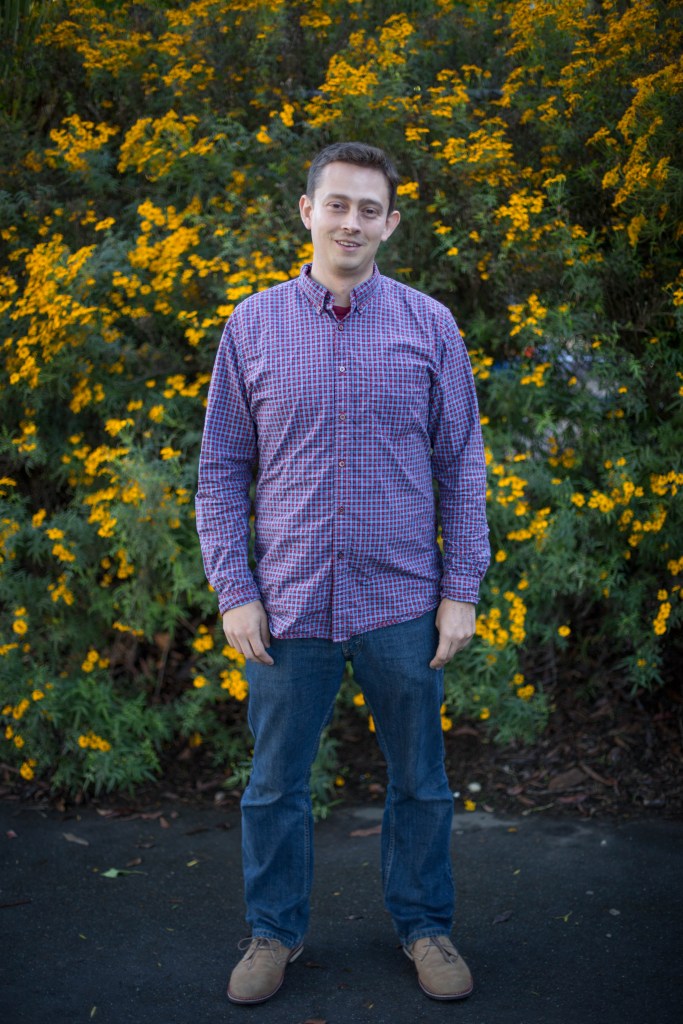 “How did you learn that skill?”

“No idea. It wasn’t really a learned skill. As a kid, I was really talkative, extroverted, borderline brat. My brother, who was 3 years younger, was the quiet, intuitive one. He’s amazing. Over time I’ve learned a little of that behavior from him. All of the sudden I started to fill that role for people because I was in environments where there was a lot of type A folks. I went from very extreme extrovert to being right in the middle. I forced myself to listen to people and then I realized the biggest challenge in the world is managing people. Managing all the expectations and learning how to honor everyone. My higher truth is learning how to honor as many people as possible.”

“That’s a great higher truth. You seem like you fit into San Francisco quite well.”

“That’s what people keep telling me.”

“I think San Francisco calls out souls in a certain way. It’s a specific access point of consciousness that people are ready to face something about their spiritual development.”

“I would agree with that. Earlier this year I spent time with some Mormons. There were a couple in my business school and I made friends with one of them in my class. He’s so thoughtful and he sees the world very differently than me. For 6 months we sat around the dinner table with this 19-year-old precocious group of Mormon elders. Now I’m not going to be Mormon but those guys are on to something. There’s something around family and something around care. There’s something around the way they see each other that teased out a lot of the intuition stuff in me. It’s like, what am I going to learn from a 19-year-old kid that hasn’t lived outside of Utah? The answer is everything. And you’re going to learn it from teaching them. In the process of exchanging information, I feel like I was peeling back my own onion at the same time as they were inadvertently helping me just with their presence. Here’s the rub with that one, they gave me a platform to speak. How often does that happen?”

“So just by receiving you?”

“Yeah, it’s like what we were just talking about. The failure of the country to receive itself. For me, the big lesson out here is about receiving and forgiving the way you receive sometimes. I don’t think we do enough to remain consciously empathic of each other. You may walk by someone on the street because you’re not thinking about it, but if someone came to you and said, ‘Can you help this person?’ there are more people that would help. We’re also always beating ourselves up for not being empathic enough. And in that process, we become less empathic because we’re too focused on ourselves and can’t forgive ourselves for being imperfect.” 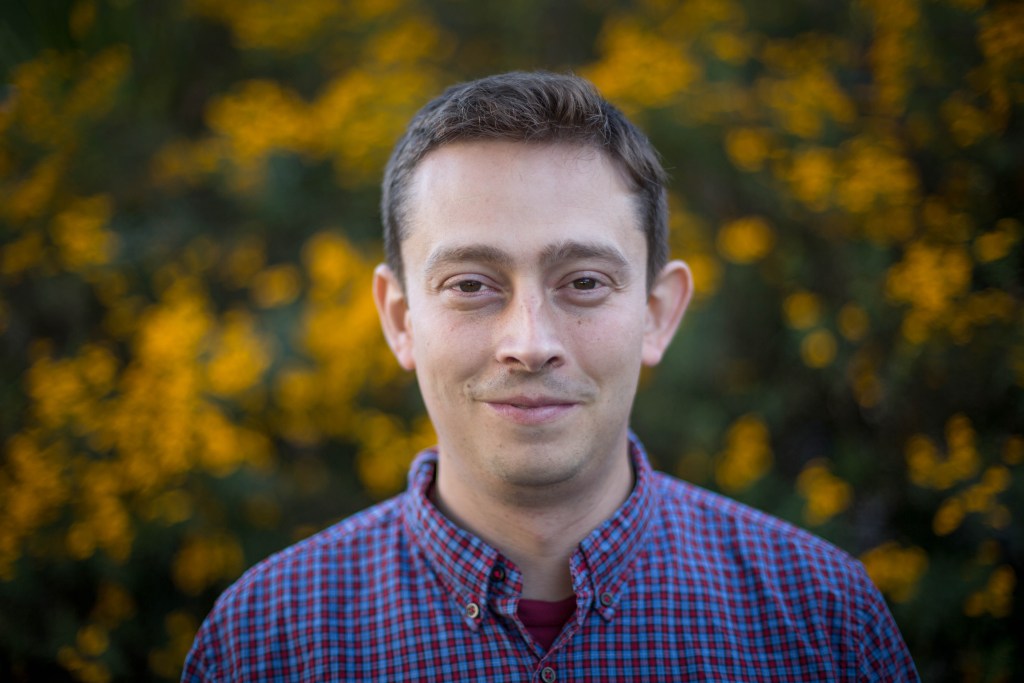 “There’s a parable I love…there’s an old man and a little boy walking on the beach and the old man sees a starfish. He picks it up and throws it in the ocean. The little boy says, ‘Why’d you do that?’ and he says, ‘I’m trying to save the ocean’. The boy says, ‘It’s just one starfish, it doesn’t matter’ and he responds, ‘it matters to that starfish’.”

“I appreciate that. This is how I learn and grow.”

“I feel you. For me, the biggest lesson coming out here comes down to forgiveness. When you’re in your head and you’re answering from your head you have a right/wrong mentality.  If you were to ask me, ‘What’s something you love doing as a kid?’ there’s no right or wrong and you answer from a physically different space. The secret of San Francisco is it’s ultimately trying to get people to a heart centered space. It’s was Hive is doing, it’s what AA is doing. It’s putting business cards away and remembering that we’re just people having business experiences. We’re just all people and somehow we manage to co-exist.”

Join the hive community at http://hive.org/