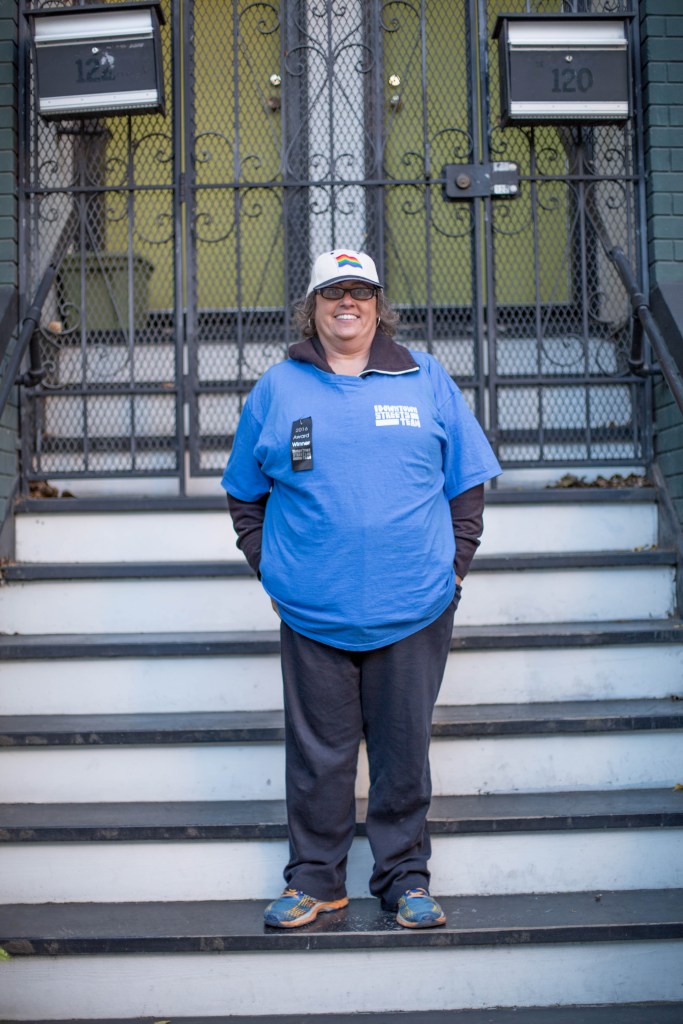 “After being a nanny for 20 years my brother asked me if I’d want to take care of my two nieces so I said yeah and moved across the country to help out. My nieces and I had a blast dancing, playing make believe,  and using our imagination, but unfortunately, his wife and I didn’t really seem to connect. She basically told me I had to get out. She kicked me out and I ran out of money and had nowhere to go. I found a homeless shelter but it was really for people that had been abused or were addicted to drugs and alcohol. There were kind enough to let me in.”

“There were a lot of responsibilities associated with the shelter. You had to do cleaning and community service, you had to get a part-time job and save 90% of your money. I had been diagnosed with PTSD and it got too overwhelming for me. I started feeling ugly and I found these poems I could relate to. Things like, ‘You don’t die from suicide, you die from sadness’. I wanted to get rid of the ugliness so I left the shelter, took the money I saved, got a hotel, and took a bunch of pills. I didn’t want to be me anymore. I was walking around the street that night a gal saw me and said, ‘Is this your first night on the street?’. I told her it was but I was getting really tired because I had already taken the pills. She asked if everything was okay and if she could stay and pray with me. She gave me her sweatshirts. I told her I took some pills and she called 911. I was in the hospital 3 days. Then I went into a mental hospital for a couple weeks. It was hard after that because I didn’t feel connected and the only way for me to survive is to be connected to something.” 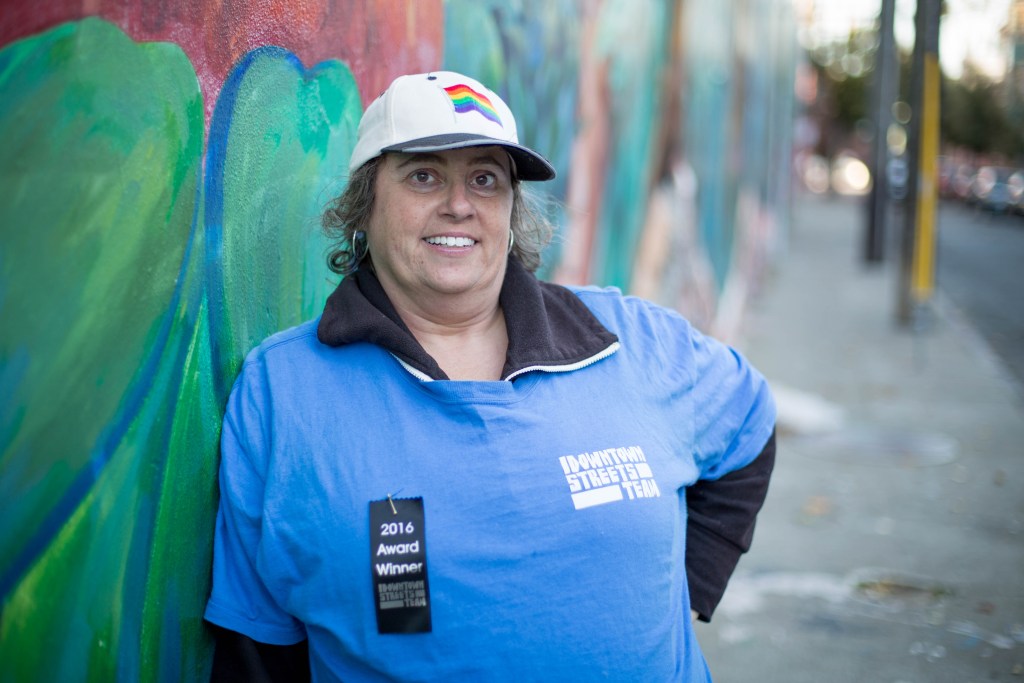 “I decided to come to San Francisco because I’m a lesbian and I wanted to be connected to the community. Somebody helped me find the one LGBT shelter here and thanks to God I got a 90-day bed.”

“After that, I was having a hard time finding a psychiatrist and finding the right medicine. That was an everyday fight to stay alive. I was banging down doors asking for help but it took me 6 months to find a therapist and a psychiatrist. I’m so thankful because the mental health department is failing these people. We need to be somewhere where we can get better.”

“I had started to make some friends and my friend Samantha told me about Downtown Streets. She graduated from it and got herself a job so she inspired me. She told me to come check to a meeting so I did. The meetings were so powerful and there was so much energy in the room. I knew somehow, someway I had to be connected to them. When I got on the team it gave me something to look forward to everyday. It helped me stay alive.” 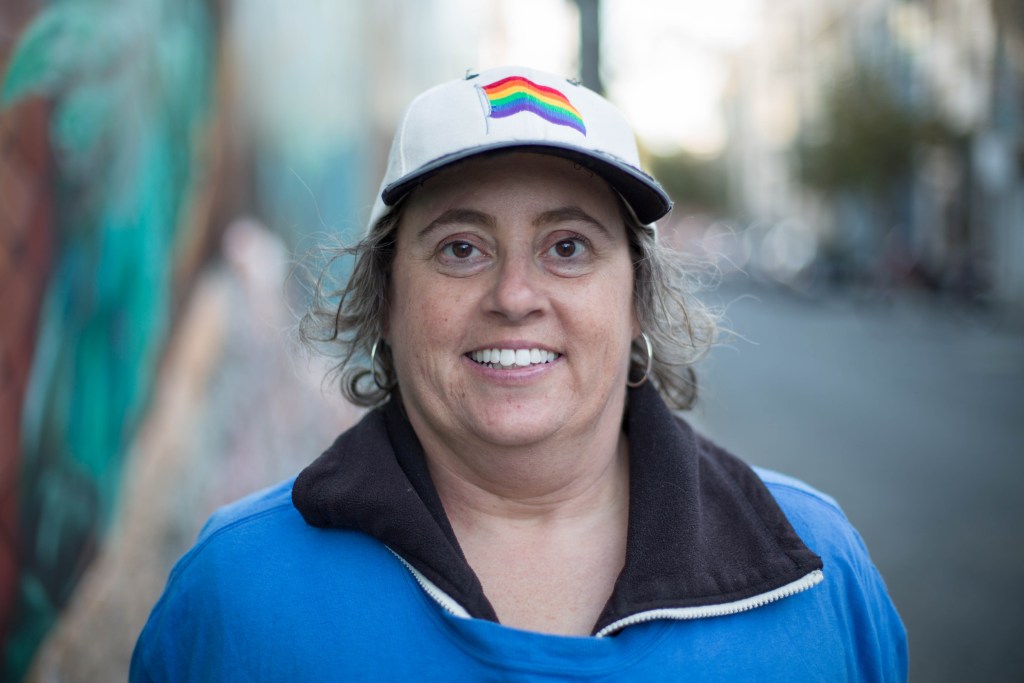 “I was with Downtown Streets a month and I got promoted to the green shirt, which is a team lead. After 4 months I got my blue shirt, which means I’m not part of the managerial team. Now I’m trying to reach out to companies to see if they want to donate to the Downtown Streets organization. I talked to Google and told the guy there my goals. I won the award for leadership for 2016. I just want to keep going. I’m homeless and I give to the homeless because that’s what make me happy. And you know what? I’m starting to feel like everything is coming together.”

Find out more about how Downtown Streets is stopping homelessness at http://streetsteam.org/