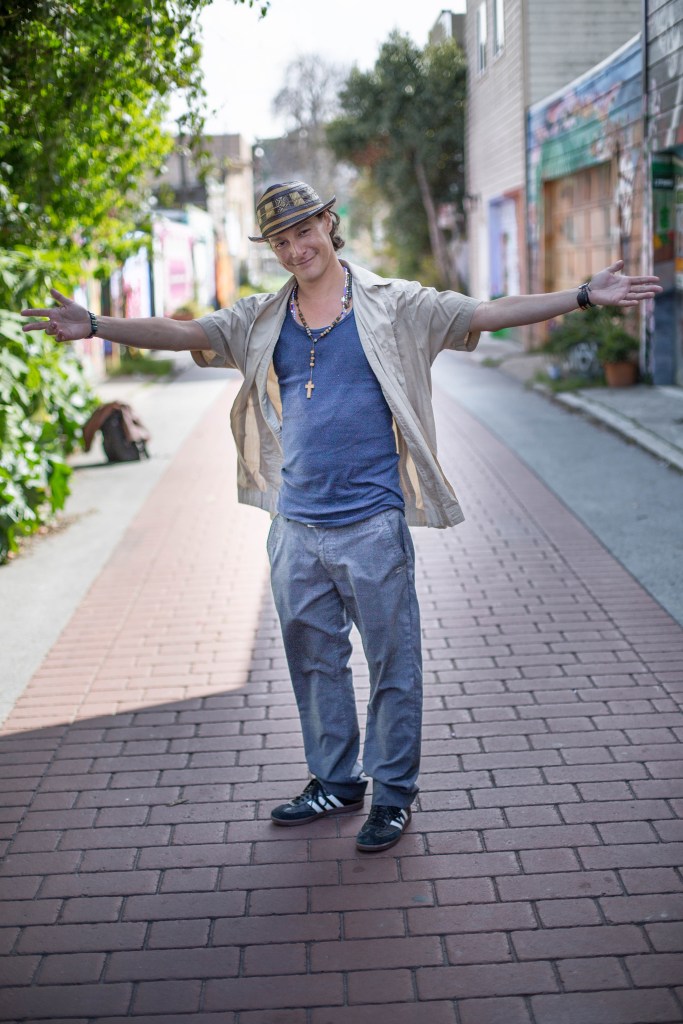 “My parents met in a house party in the mission back in the day. My dad got here from Nicaragua when he was a teenager and my mom got here in her early 20s. They had mutual friends and they’d end up hanging out dancing to Santana. I was born here and have been here most of my life, but I’ve spent a lot of summers in Colombia and Mexico. I’ve lived in the East bay a little bit, lived in Spain, lived in New Orleans, but I always end up coming home because there’s no place like San Francisco.” 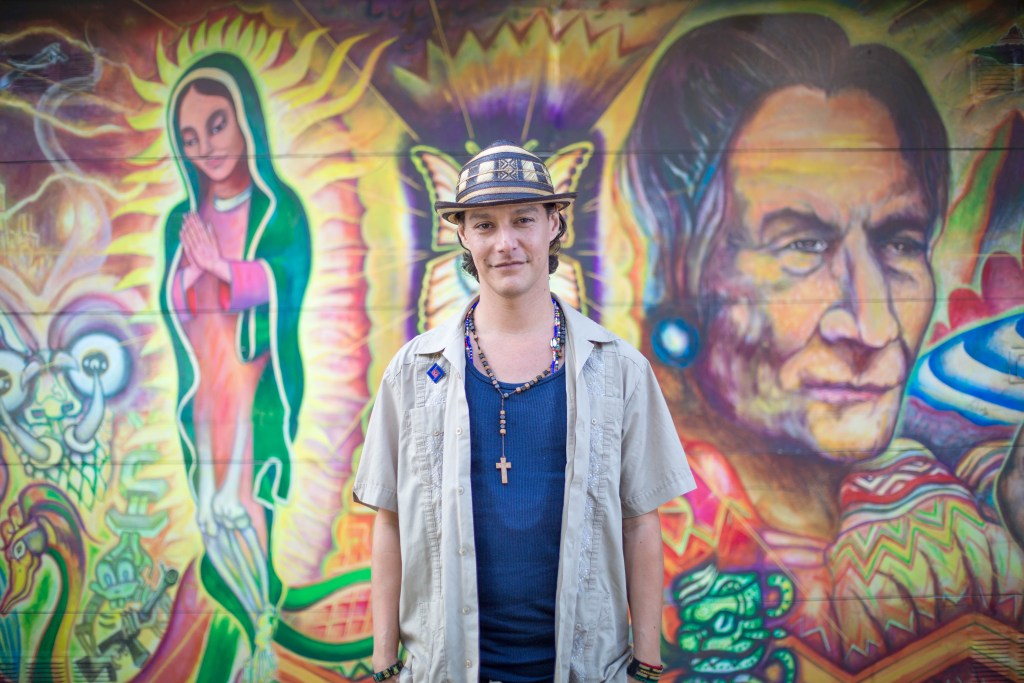 “I play music in a group called La Gente and we do a mix of everything I was raised in. Colombian cumbia, you know Afro-Colombian folkloric music. Got some salsa in there. Of course, we got some bay area hip-hop. And some of that psychedelic rock because I was raised on Jefferson Airplane, the Grateful Dead, and Jimi Hendrix. All that because that’s big here in San Francisco. And fuse all that with some champeta, merengue, dancehall, and soca. We sing in Spanish, in English, in Portuguese, in Patois, a little bit of Arabic.”

“A little bit. I’m part Lebanese too. There’s a lot of Lebanese in Colombia. And Syrians.”

“That’s such a cool mix of cultures. I love the poly-culturalism of the bay area.”

“Yeah, that’s the cool thing about my band. My drummer is Palestinian and Salvadorian. My bass player is Filipino. My other singer is also Mexican. My clarinet player is from Vermont. We’re all mixed up.” 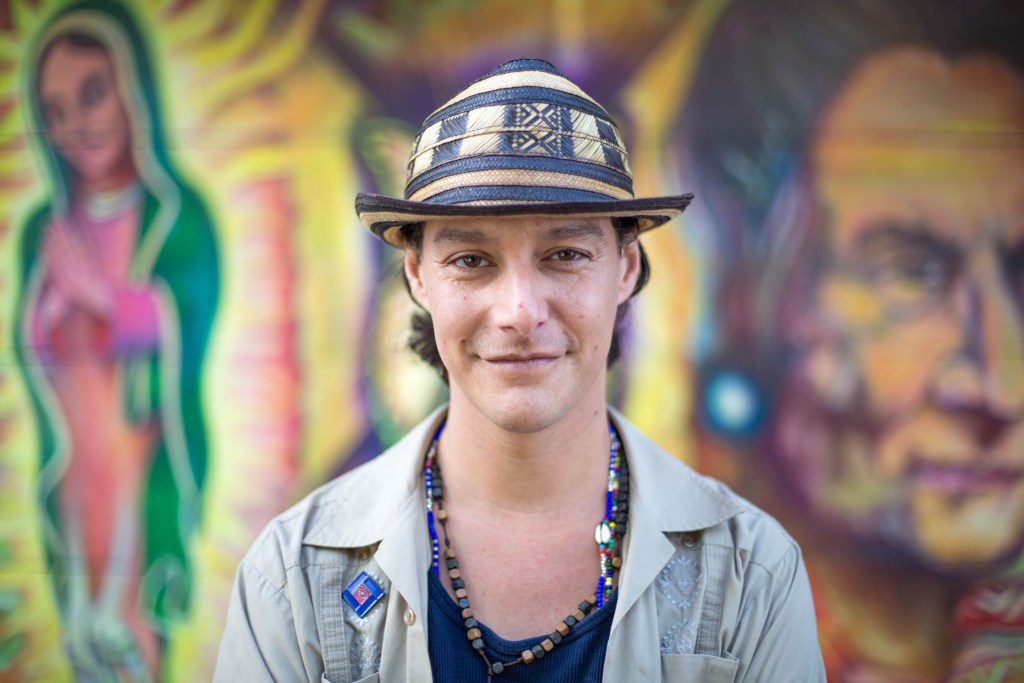 “I’ve been playing at the Mission Community Market since they first started when it was a couple little booths. I was playing little cumbias for the locals and would just kick it. It’s cool to see how it’s progressed. I’ll be over there for a couple hours and see my tio go by, I’ll see the old lady over on 23rd street go by, it feels like it belongs to the mission. You hear the mix of languages there and it’s cool to see a place where people from the mission feel at home.”

“Totally, the vibe I get from La Placita is that they’re trying to make sure the people there have a voice and feel like it’s their space, what’s something you, as a member of the community, want to see in the space?”

“I wanna see a lot of young bands coming through there. When I was a teenager it was a lot easier for bands to get gigs because rents weren’t so high and you wouldn’t have to charge as much. A lot of bands had incubation to try out new material but that doesn’t happen anymore. For new bands coming up its really hard. I hope young bands that don’t have followings have a place to present their stuff. And also sometimes when you walk around the mission it doesn’t feel like the mission. People look at you like you crazy on your block. So for it to be a place where the locals can go and hang out, feel cool, and not feel like we’re getting mean mugged because we’re speaking Spanish in our own neighborhood.” 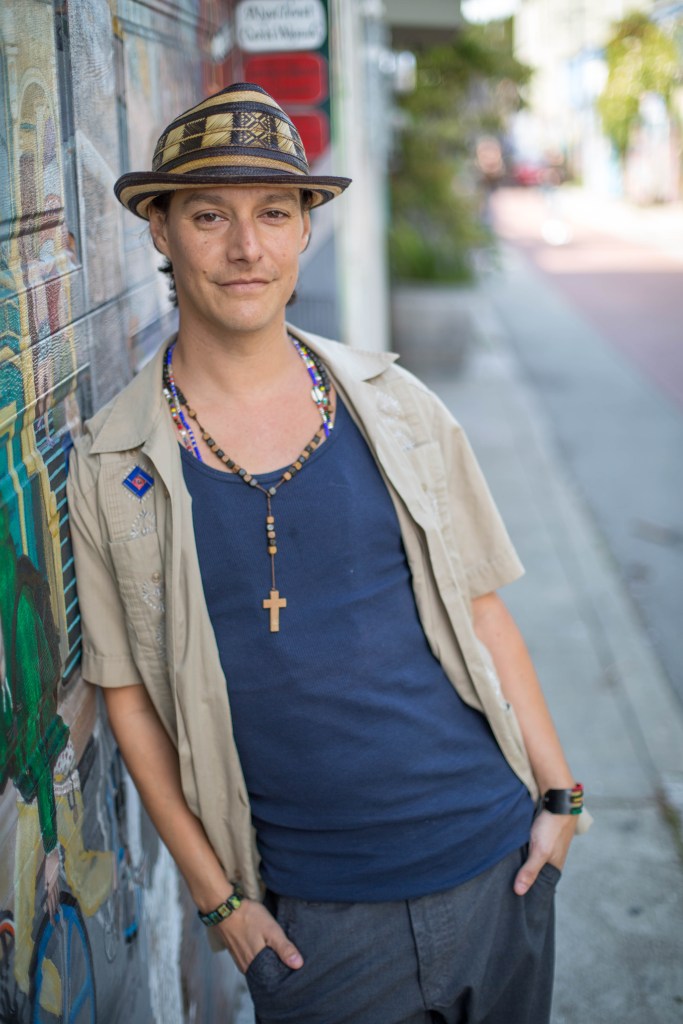 “Any perspective for people who are new to the neighborhood to come in gracefully?”

“Yeah, I think the main thing is to recognize you’re not coming into a hip new part of San Francisco. You’re coming into a place that has a long legacy of culture and creativity from the low riders to Carnivale to the Mission cultural center. There’s a heritage here and you’re coming into someone else’s neighborhood, you better learn some Spanish. You better learn about the cultures that exist here. If you’re gonna come in here you’ve gotta be a part of it. You can’t just come in and Columbus the situation.”

“When people are speaking broken ass Spanish I love them for it. It’s like, ‘Thank you for the attempt to reach out to us’. It goes a long, long way. A lot of people have a fear they’re gonna say something dumb but when people see you making that effort we love you for it.”

“Who’s one of the biggest inspirations in your life and what’s something they taught you?”

“Jorge Molina. He’s been here in the mission since the 60s. He’s kinda the godfather of the mission. He’s a healer, a medicine man in Native American religion. He’s an amazing piano player, singer, activist, community leader. Anytime a new space opens up people invite him to do a blessing. When I saw him in his 70s with so much vitality I realized I don’t have to fear shit. If I can just maintain and keep growing and be like Jorge, I can be 80 years old and still be happy. I’m just grateful we have elders like that. Both my grandparents passed away so now I have adopted grandparents.” 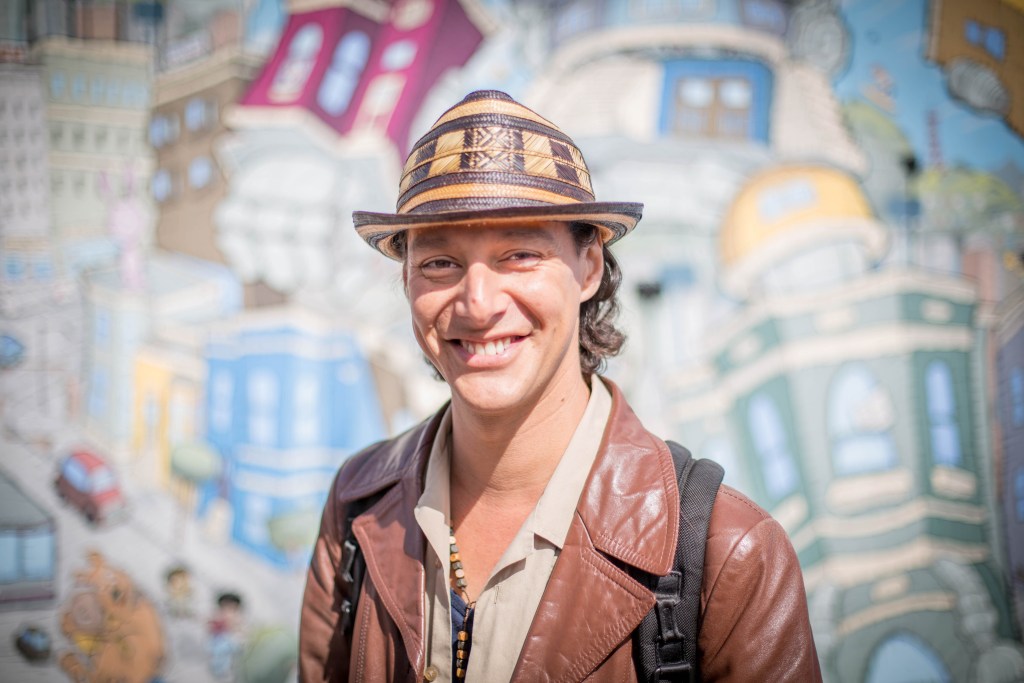 “What do you want your legacy to be?”

“In my ideal universe, the music and message that my band puts forward would stand the test of time. People would see that it was a point in history when cumbia, reggae, salsa, hip-hop came together in a really unique way. I’m also really proud of Colombian culture, really proud of my Nicaraguan culture, and really proud of being from San Francisco and I want to be a part of that legacy where people see me as part of that community that’s inspiring people.”

“The mix. There’s a mix of cultures in all latin American cultures but in Colombia it’s very obvious. Like Champeta bands sing in Congolese because we’re African. The world can learn a lot from Colombia, people should value their indigenous culture and have pride in all aspects of their roots, especially as we get more mixed.”

Come out on 4/30 for the grand opening of La Placita at the Mission Community Market: http://missioncommunitymarket.org/