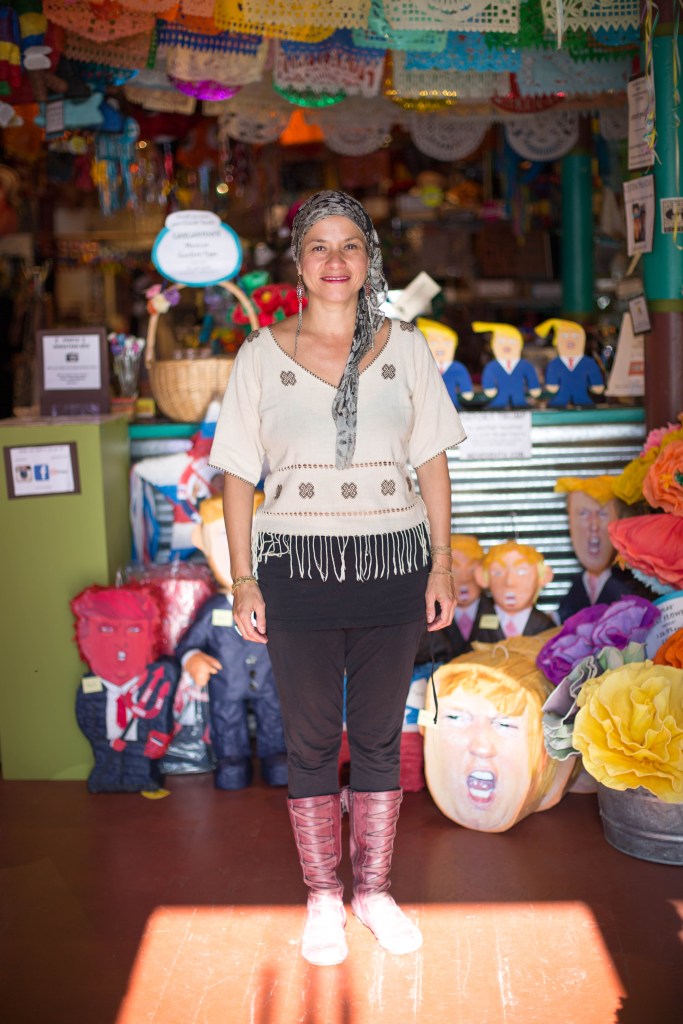 “I’m born in Mexico. We moved to the bay area when I was 8. We’ve been in San Francisco about 25 years. I opened this store 20 years ago. I’ve met everybody in the mission thought the shop.”

“What’s your favorite part of living in the mission?”

“The cultural diversity. It’s hard to say what it is but it’s the overall feel. The sense of community. I feel like it’s my home. I have my sense of community so even though I know about the gentrification it didn’t really hit me until I was in Oakland and I was like, ‘Wait a minute, this is what the mission was like 15 years ago. Everybody was very laid back and relaxed. There a since people weren’t trying to hard to be hip. Everyone was chill and it was a multi-cultural crowd. That was when I really realized how much the mission had changed because of the influence of money. Which is what the tech energy is, it’s the energy of money, and of course that has a different energy than the energy of community.”

“What shifts are you looking for La Placita to create?”

“Well some people feel that the soul of San Francsico is what’s at stake with all the technology and the middle class being priced out of the city and I think what La Placita and the Mission Mercado had brought is a sense of community. Before the Mission Community Market was there Bartlett was a blight. It was ugly, a lot of piss everywhere. It’s really transformed and created a lot of community. Now it’s where you get your food products for the week, and also where you can connect with farmers. You’re bypassing the corporate structure of how we access food in urban areas. I feel like it’s really reviving the soul of the city. In the era of Trump we have to continue to create community in spite of all the things that are happening on a bigger scale. Those things are beyond my control, but I can control my energy, how I conduct myself, who I purchase things from, what shops do I support. Really brings your consumer power full circle.”

“I feel you. There’s a saying ‘When I was young and ambitious I wanted to change the world. Now that I’m old and wise I want to change myself. What brings you joy outside of work?”

“I love to dance samba, that’s my favorite. I love to travel.”

“I love going to Mexico. Brazil, I was there for Carnivale and it was a once in a life time experience.” 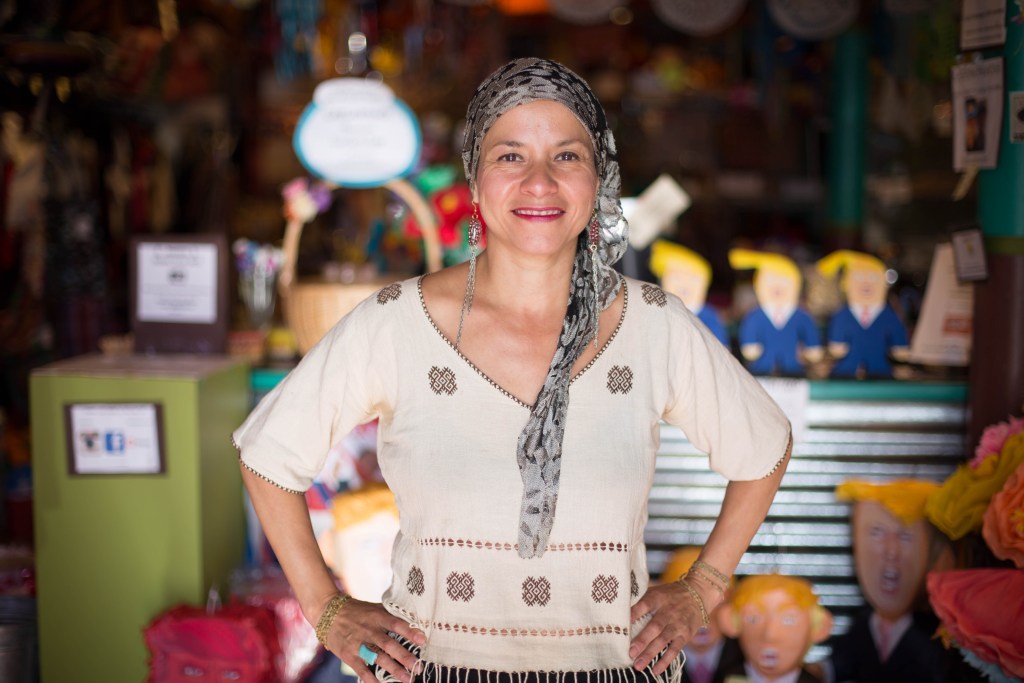 “What’s one thing you love about Mexico?”

“People are in their hearts. Here in mainstream society, we’re rushing. You come to the US to work, but people here don’t really live, they survive. In Mexico there’s a corrupt government and an economic crisis, and people struggle, but in some ways they live more life even though things are more acute and intensified. There’s a sense of community that’s lacking in mainstream culture. We recreate that as much as we can because it’s a latino community, but in Mexico it’s just how it is. Here the weeks will go by, and pretty soon the years have gone by.”

“I think what we’re experiencing is a lack of spiritual balance. In the west it’s a very mental culture and if you live too much in the mind people begin to live a virtual world. You can use technology but that will never replace one on one contact. I feel like if I say the word God here, it’s like a dirty word. We’re connected to the spirit world in Mexico. The fragmentation that you see here, Trump being the extreme representation of that, is no spirituality.”

“What are some of your spiritual practices that you use to connect?”

“Dance is like a prayer that has been a very healing force in my life. In Brazilian culture the spirituality is so intermeshed with the music and the dance and the connection to Africa and the Afro-Brazilian culture.” 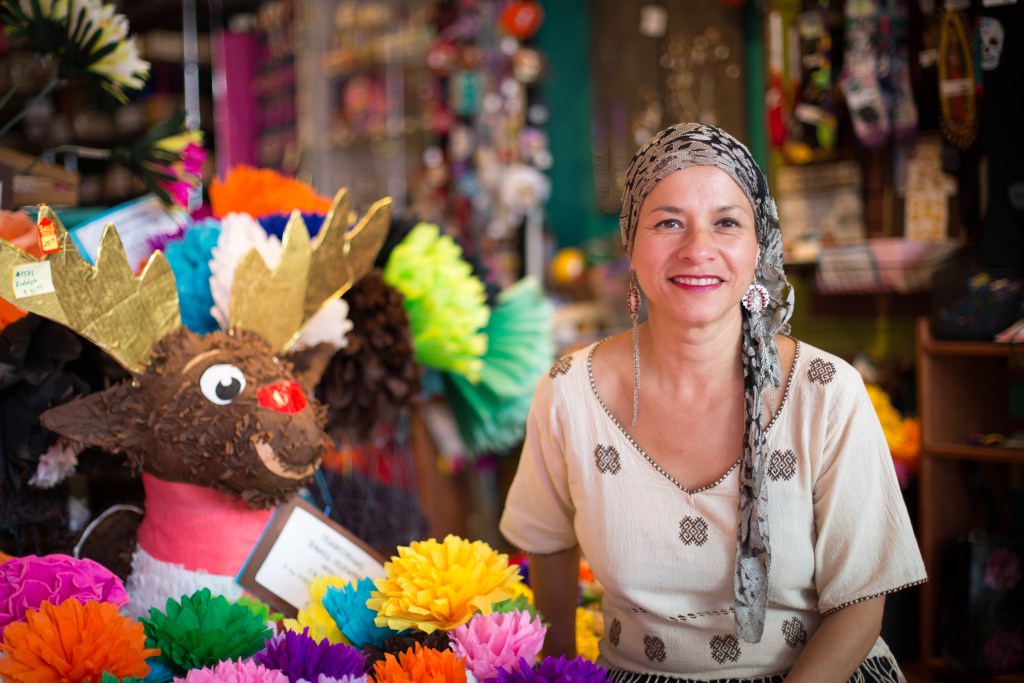 “She’s actually staying with me now. My mom is a very strong woman. For her to grow up in rural Mexico, she was really ahead of her time. She was the original feminist. She really broke the mold as far as going against tradition. That was one of the reasons we came to the US. To get out of Mexico where we can have very traditional roles for women. It’s confining. Now when I go back Ic an experience the best of Mexico with all the religious doctrines holding you back. That is one benefit of being here, the freedom.”

“Can you tell me about one really memorable experience that y’all shared together?”

“We took a trip to Panama together and that was really nice. I wasn’t expecting Panama to be such an incredible country. It’s very undiscovered, everybody goes to Costa Rica, but we blended in well and it was such a beautiful thing to experience. It was very accessible because of the canal. I’m not a big fan of American imperialism but the canal is pretty incredible. The whole engineering of it and how it provides the economic input for Panama. We had a blast.”

“Right on. What about your dad?”

“Did you have another male influence or father figure in your life?”

“Not so much, but I grew up with my cousins. A lot of guy cousins.”

“How do you think that’s affected the way you’ve developed as a human being?”

“Well my family is definitely matriarchal. Women are very strong and they hold up Latin America.  Especially in the indigenous communities when the men have to immigrate for work. It’s always and the grandmothers and mothers that stay home. The burden of keeping language and culture together falls on women.”

“What’s your dream for the rest of your life?”

“I would love a little piece of land and to have a farm. To grow my own food, have my own animals. Maybe in Mexico, maybe somewhere. I’m not sure. Things just tend to open. You have to look for the doors that open, not the doors that close. Yeah, just going to a less urban, more simple life where I have more contact with the earth. That’s why I love the Mission Mercado, because you’re connected to the farmer who are growing the food.” 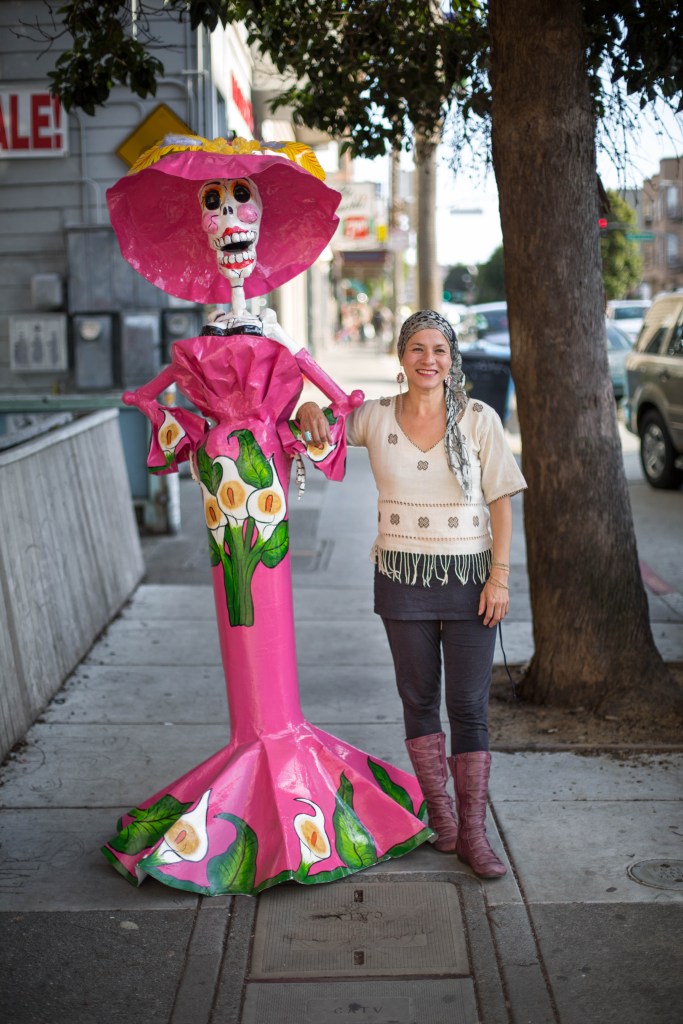 “This is the angel of death that comes to you when it’s your time. There’s nothing to fear about death. In Mexico, we celebrate death, and the spirit world. It has to do with the Aztec roots and how the Aztecs honored death. For them, the afterlife was the real life, this was just in the meantime. The Katrina skeleton is very fashionable and she reminds us not to take life so seriously.” 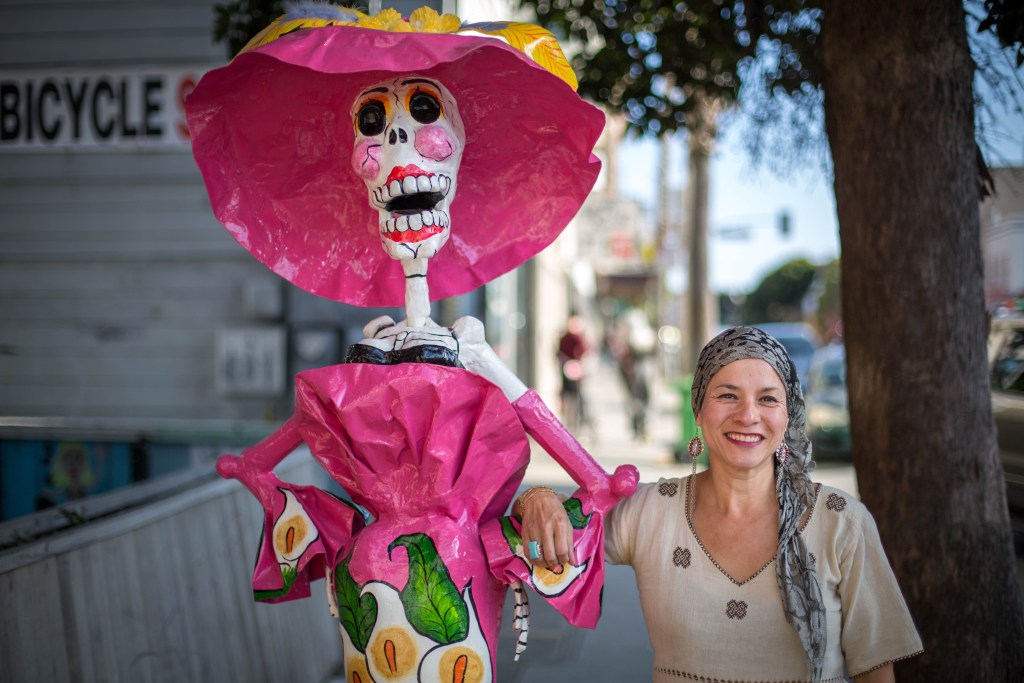 “In Catholicism death is dark and you’re supposed to be fearful. In Indian cultures, the spirit never dies, death is just the end of the physical body. So it’s not scary, it’s like, ‘now we get to have a party with our ancestors’. You just have to make sure you’re not entering into the spirit world carrying regrets.”

Connect with Nancy on 4/30 at the grand opening of La Placita at the Mission Community Market: http://missioncommunitymarket.org/