“I can overthink and sometimes deal with anxiety and depression. Some of the heaviest struggle started in 8th grade with intense on-and-off bulimia that lasted into my early 20s. It was a roller coaster of eating disorders, body dysmorphia, anxiety and depression.
I really struggled through high school and college. That’s also when I developed a desire to eat organic, healthier, and cleaner. But mixed with my eating disorder, it would sometimes get muddled and confusing.
When I moved to New York in 2000 I was at my lowest and decided to go to a 12 step program. It allowed me to talk about it which was deeply healing, along with yoga, which I had already been practicing.
I still struggle with anxiety and low lows at times. And as I continue to practice my spiritual and emotional health rituals, it’s fewer and further in between. The more steeped in this work that I am, the less I feel the constant inner struggle that I’ve grown so used to for so much of my life.” “I’ve always loved to use oracle decks and get tarot readings because it calms me down and helps me refine my intuition and intentions.
Now I’m the author and co-creator of The Moon Deck, an oracle deck that enhances daily practice and ritual to help people connect to their intuition and be on a healthier path to self-love.
So for me, what was done out of a need for survival, eventually became a passion turned profession.
It represents a lot of healing, my studies over 23 years of yoga and meditation, my tween Wicca days, and the stuff I learned from my mom based on our Native American roots, Buddhism, and her love of the mystical.” “When I was little my mom taught me how to move a golden cord from my navel all around my body until it surrounded me as a protective sphere. I’d see it wrapping around me until it went so fast that it felt solid.
It was different with my dad. He is more linear, with a strong emphasis on security and success.
My parents split when I was four. I would go visit my mom every school break. I was raised Jewish by my father. My mom was raised Jehovah Witness, eventually became a Buddhist, and we’d celebrate Christmas to be festive. So I was exposed to a lot growing up. 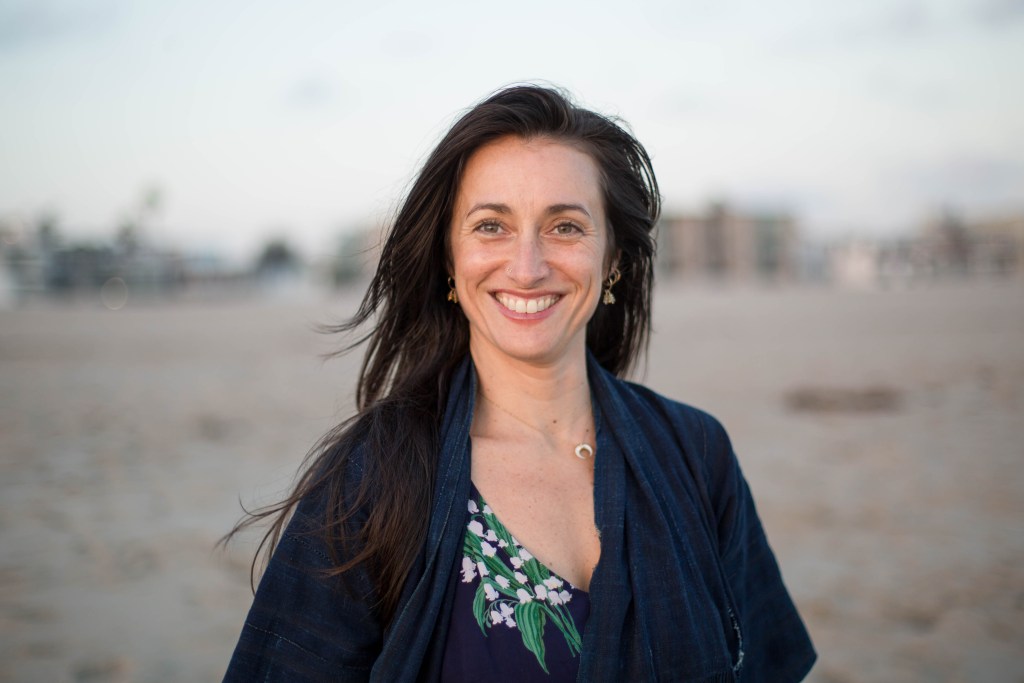 I got really into witchy stuff in like sixth grade, played with that, and then found yoga at 19. That brought it all together for me. There were a lot of times I felt scared when I was little. So I think I found all of this to feel safe. To reach for support from God, Spirit, Angels, whenever I felt scared.
So I think from that instinct and early relationship to the spiritual realm was how I started communicating with that energy. I just had a natural love for crystals and making up my own languages, and thinking I could take people’s headaches away by putting my hands on their head.”