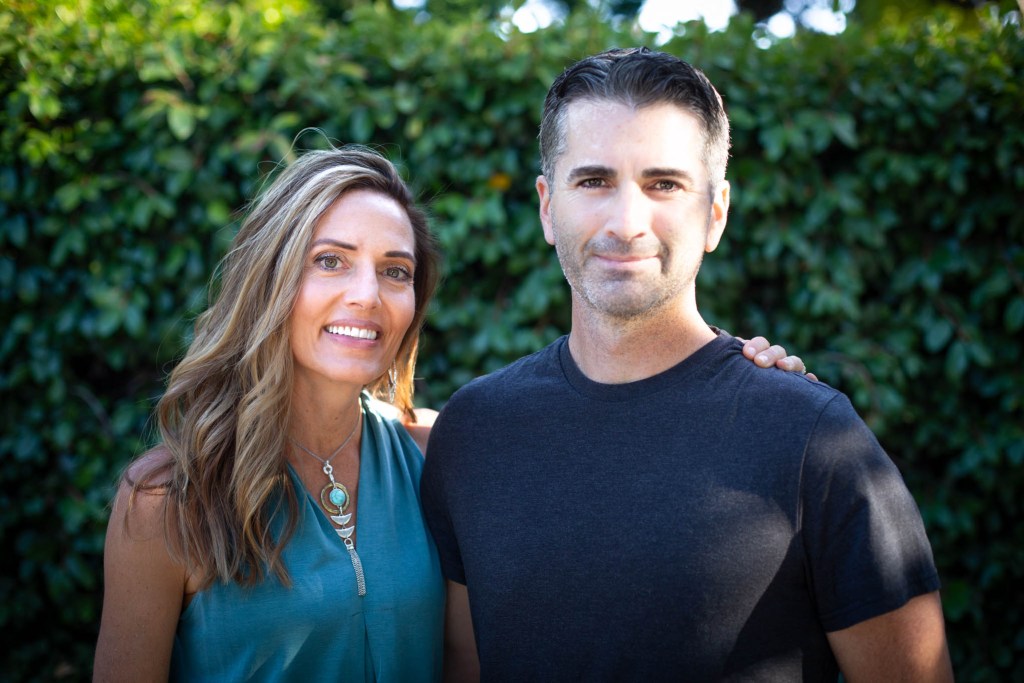 “We met working at Fleming’s Steakhouse in 2001. I was a server there and Kelli started bartending that winter.”

“We were working there to put ourselves through school. I was in my master’s program for Counseling, and Kevin was studying Graphic Design.”

“One of Kelli’s friends, who I’d worked with at the restaurant since 1999, actually tried to set us up the summer before Kelli started, but Kel was seeing someone else at the time.” 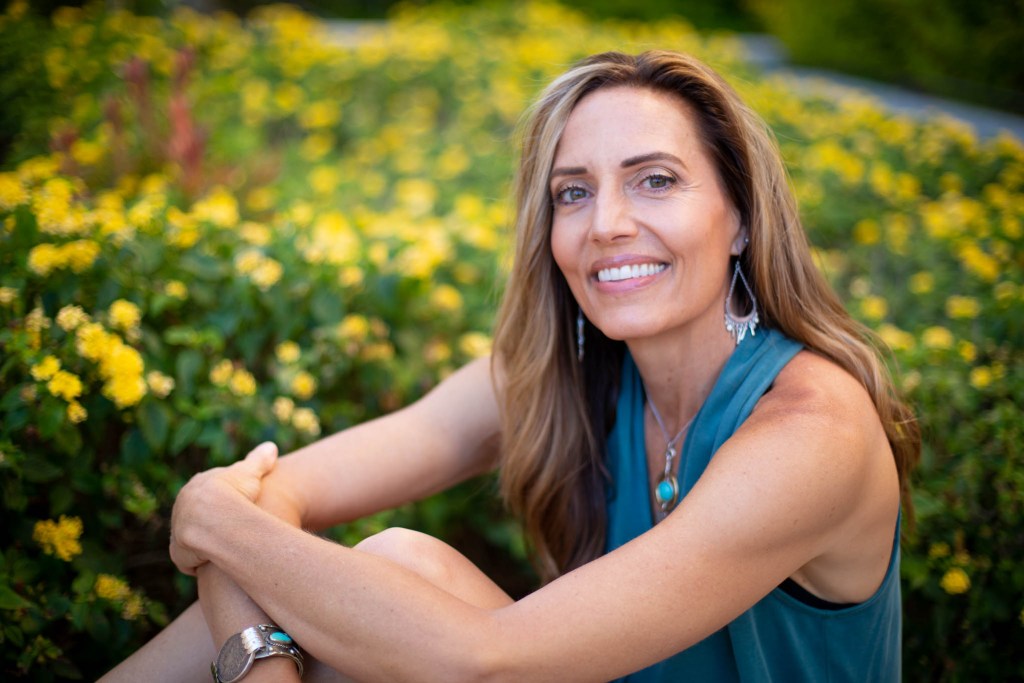 “When I saw him, I was so attracted to him right away, but he was 5 years younger so I said I’d never date him.” 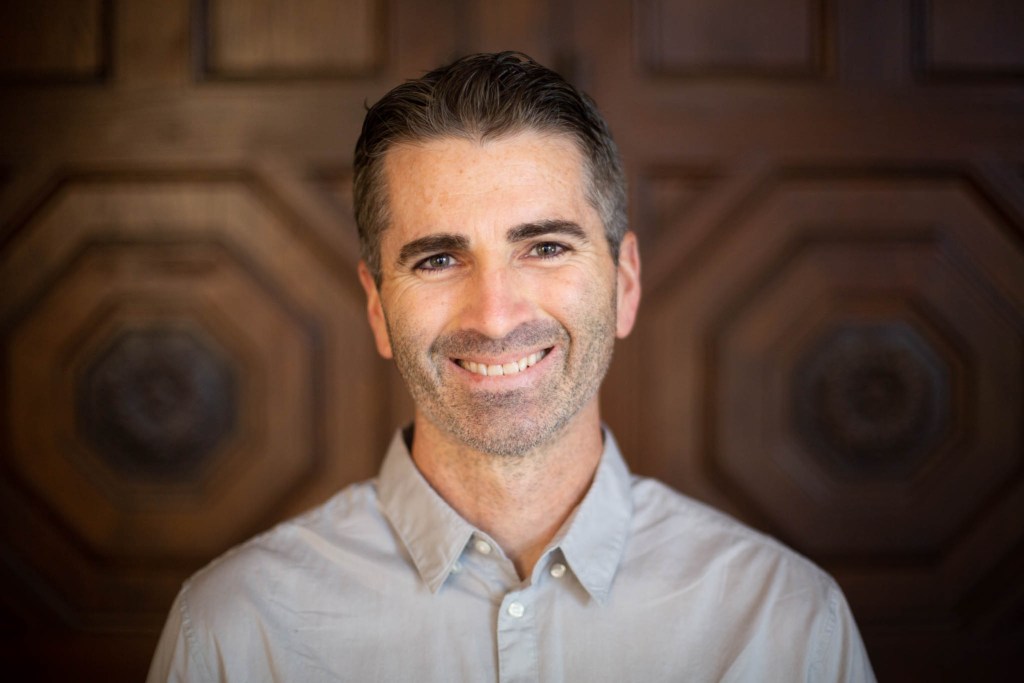 “On nights that I worked and Kelli was training, I’d always be stopping by at the end of a shift when she was tasting the menu and learning the wines. I’d be dropping knowledge about wine and artisan cheese trying to get on her radar. I was in woodworking at school at the time, so I’d volunteer to fix a bar cabinet or refinish a water-damage door on nights off that I knew she was working too.” 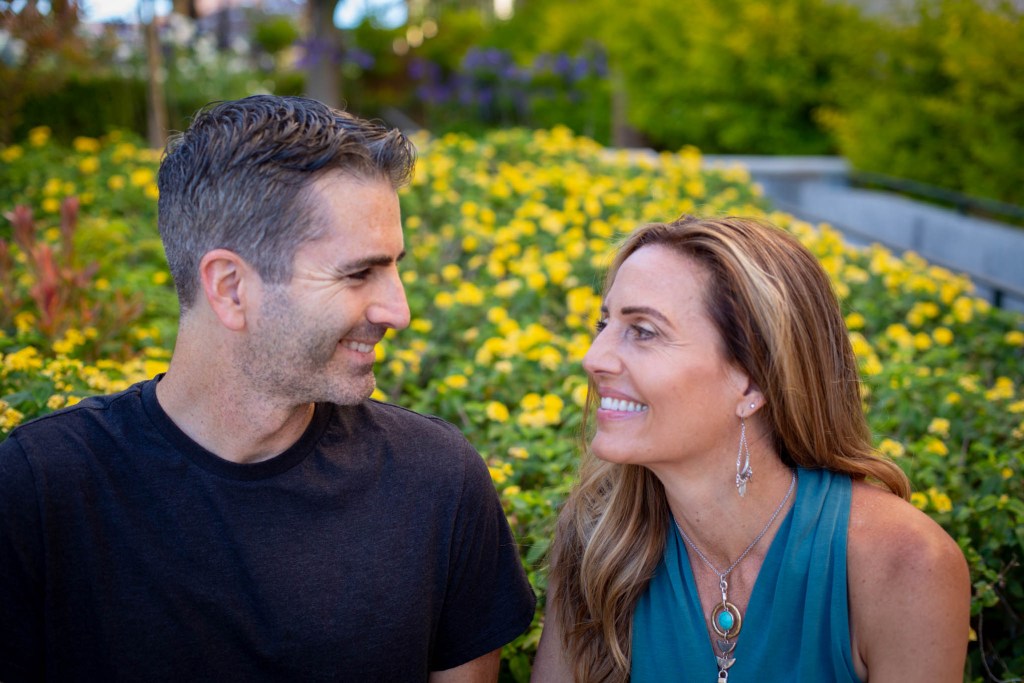 “Several of my female friends who worked there said, ‘Kevin is one of the nicest guys. He’s so smart and respectful to women —you should totally give him a chance and go on a date with him!’ I took their advice and when he asked me out I said yes. By our third date I WAS IN LOVE!!!! Kevin is so kind and open. He will do anything to help people out. He always looks for the best and believes the best about people. Because of that, it’s been such an amazing experience having him as my partner. He helps me see things from a kinder, more empathetic, and inclusive point of view almost daily.” 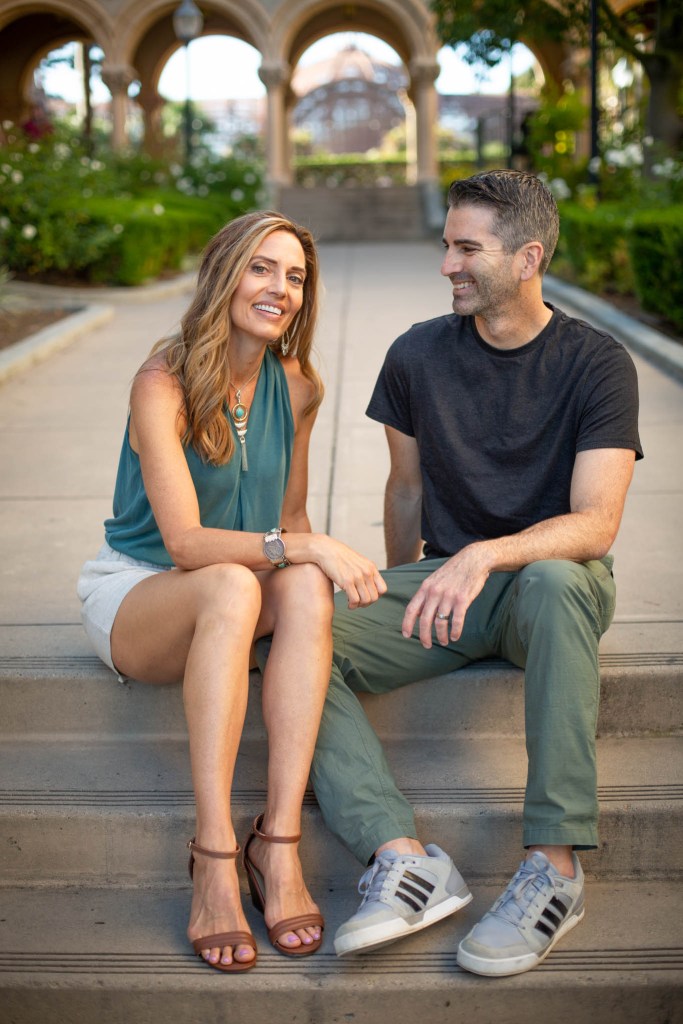 “What inspires me most about Kelli is her thirst for knowledge & understanding. She’s taken lead on everything from baby books to yoga texts to the subconscious change practices that changed our lives and I’ve benefited and grown immensely just by being alongside her on our journey together. Kelli also has this innate ability to ‘hear’ when something rings true… and I love that she holds me to task on my own
stuff. For example, if I’m looking for an answer to something internal am either skirting around the real reason or haven’t been able to see it…she’s helped me be more honest and accountable with myself and, by proxy, the rest of my world.” 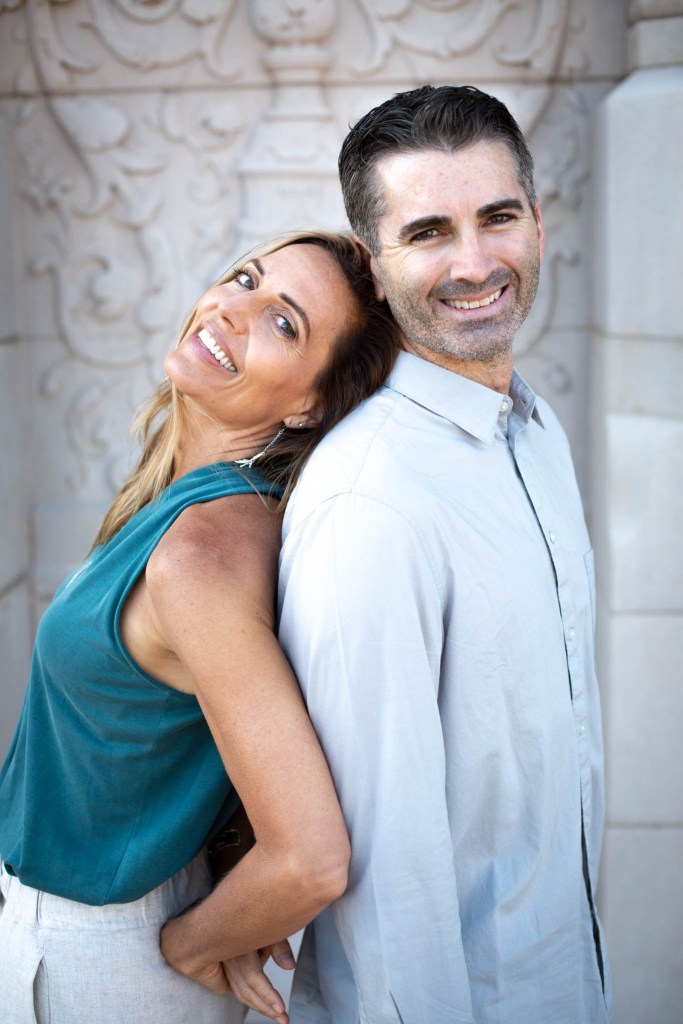 “One of our favorite memories is about how we started dating. Our first date was a concert that I ‘happened’ to have an extra ticket to. The second date was lunch in Ocean Beach-“

“-I mentioned that road trips were a great way to get to know someone because you see what a person is like when they’re bored, lost, having fun, listening to music, tired, hungry, maybe frustrated…..you see the whole microcosm of life and how you relate to each other along the way. One of us asked what place we haven’t been to yet that we want to go to. Both of us mentioned the Grand Canyon. We had a few of days off the following week, and decided that we’d go!”

“We stayed in Sedona, drank warm wine from the bottle at Bell Rock, hiked the Canyon, had an amazing

“It was MAGICAL. We’ve been in love since then and have been together for 18 years!” 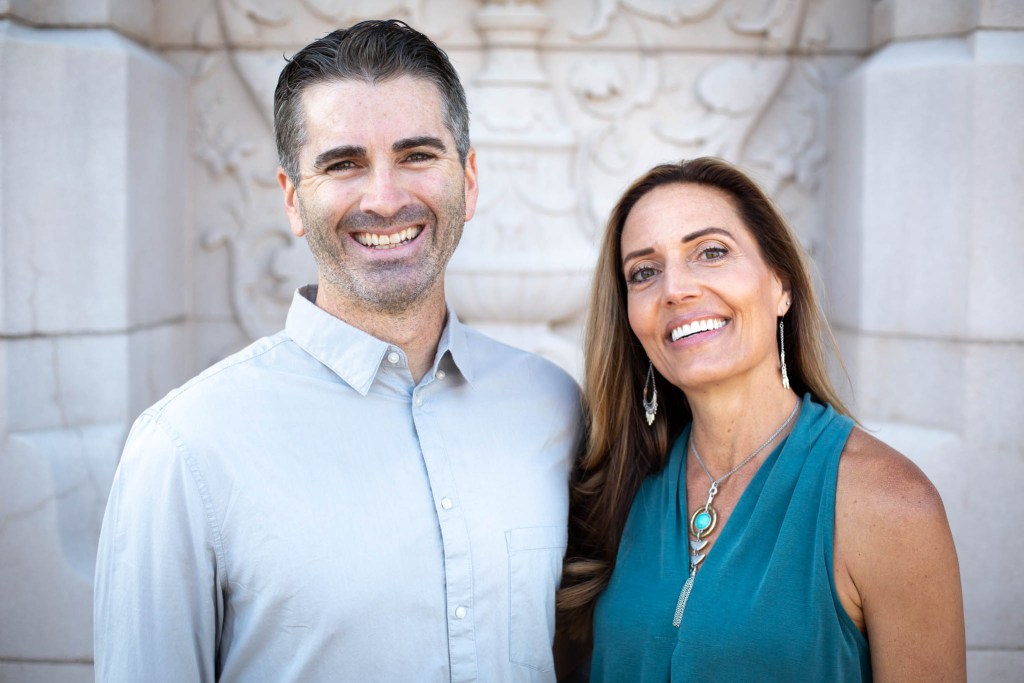 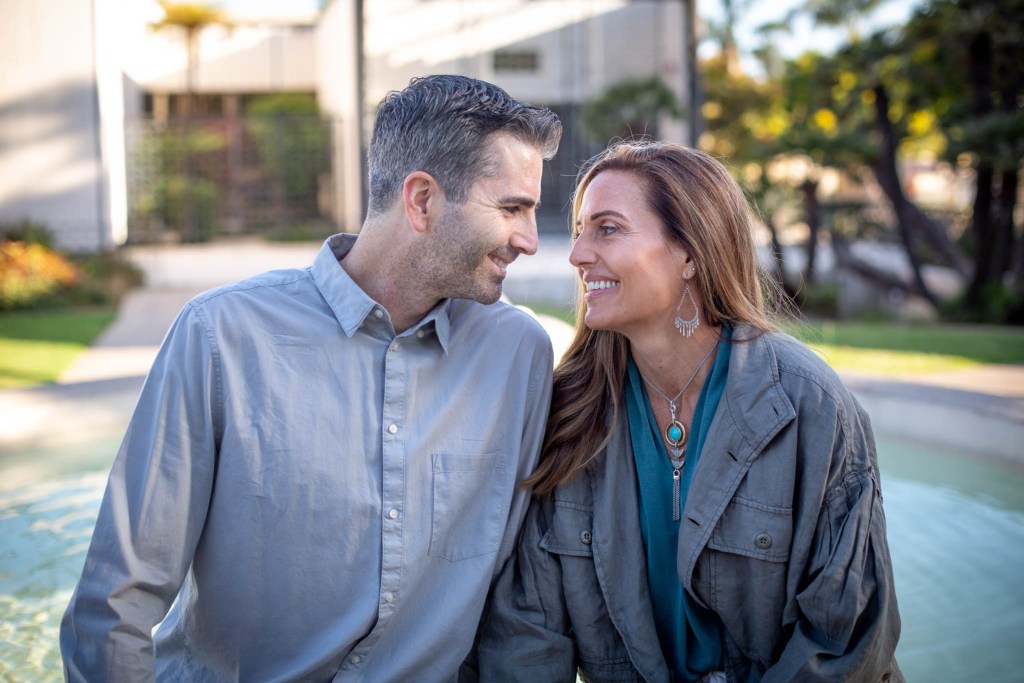