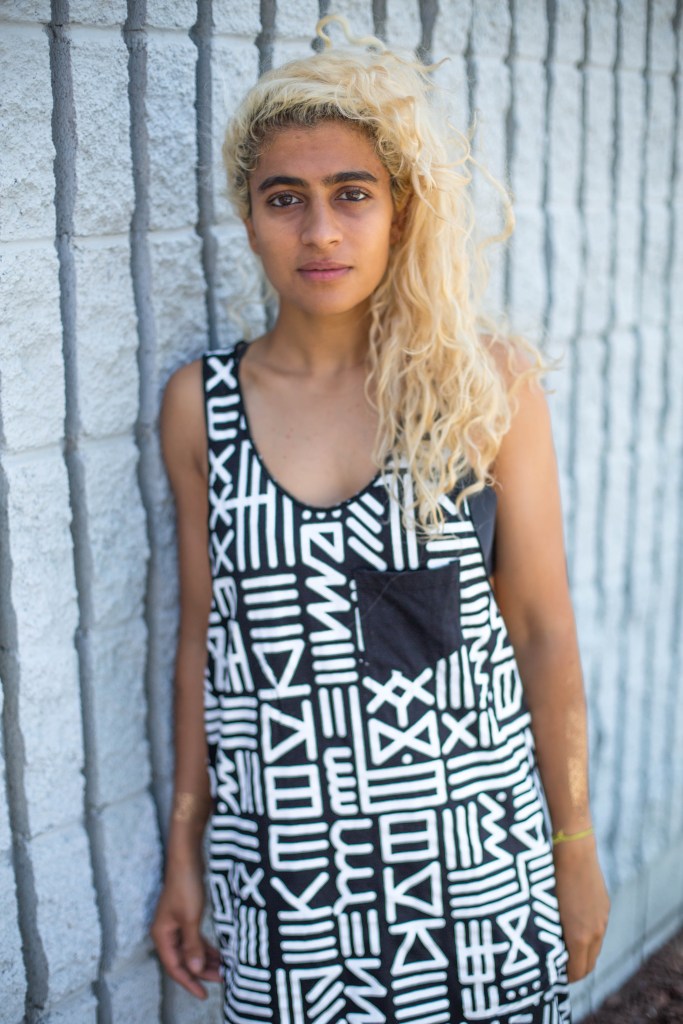 “Was there something specific that drove you to want to be this way?”

“I think when I was younger I always felt a lot of the characters we were given as young girls encouraged us to value our looks as opposed to our skill sets. The way I was raised by my mom and dad was always to be doing things and be a go getter and be really good at whatever I was doing so I gravitated to male characters like Aladdin instead of Jasmine or Jason the boy power ranger instead of Kimberly the girl power ranger. Even though it was just pop culture the more I grew up, the more I realized there were far more opportunities geared towards boys. Boys from a younger age are molded to be valued for their skills. They’re encouraged to make money doing that whereas girls are valued for how they look or for giving care to children. I thought that was limiting so I’d say my purpose started at a young age. I think that’s why I continue to use music and pop culture to influence young people.” 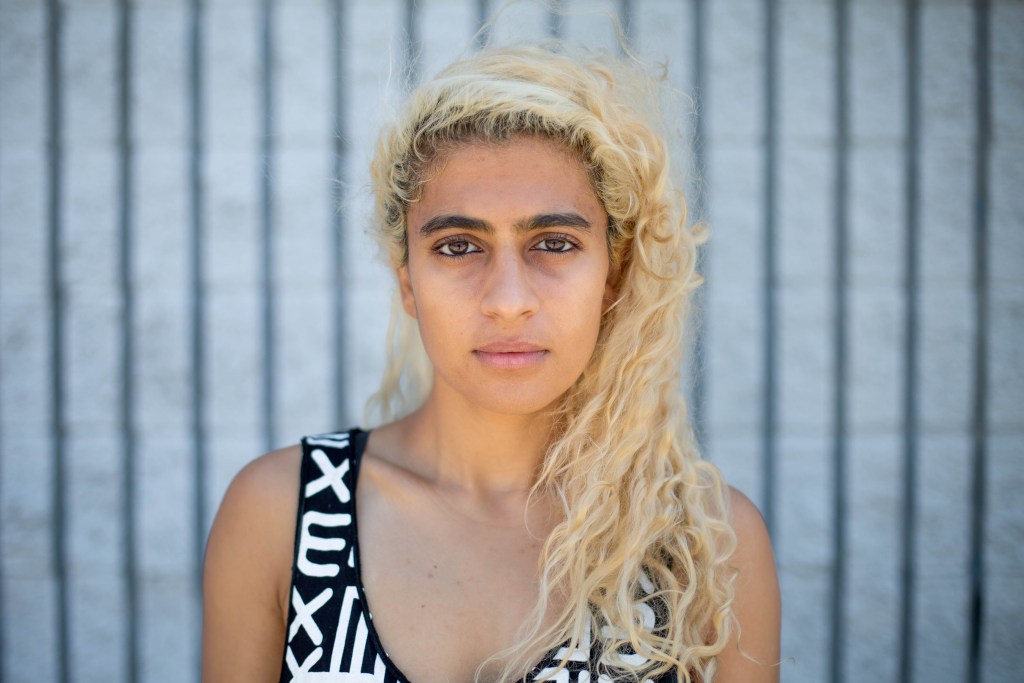 “Who are some of your heroes?”

“My most recent hero is a woman named Katherine McKinnon, she’s a very controversial lawyer in the feminist space. In the 70s she represented a pornstar named Linda Lovelace. She got a lot of flack for doing that because pornography, especially in America, is something no one wants to touch. Everyone enjoys it and it’s kind of everyone’s dark secret. Everyone has probably consumed it at some point in their lives. In defending her she said ‘Even though Linda did this she was coerced, and abused, and raped…multiple times. It took a lot of bravery When my marathon happened she was the first person I called because I had taken her class at Harvard. I told her, ‘I don’t really know how to deal with this, what should I do?’ and she was so amazing. She said ‘Anything that has really made an impact on the world has taken a lot of bravery and you will face people disagreeing with you. You only have a megaphone for a little while so say what you mean’.”

“What are some of your greatest strengths and greatest challenges?”

“One of my biggest challenges that I’m working on right now is when I‘m extremely nice and loving and giving to people, even if I think they’re doing just their normal basic job, I shower them with praise. I think that teaches someone that the bare minimum is all that’s needed. I do that with the hope that they’ll continue to reach above and beyond. Then what happens is that when I want to give criticism now it looks like I’m doing something personal, or hurtful, or against them. It doesn’t have a proper balance to it. So now I’m learning to be a leader where I really have my team’s best interest at heart, but then I also have the larger projects best interest too. In not saying what I mean in the moment. things can get blown up and then it takes too long to dig myself out of that grave. That’s something I’m really trying to work on. And something that I’m good at is that I’m extremely positive and it really takes a lot to rattle me I think. They’re kind of two sides of the same coin.” 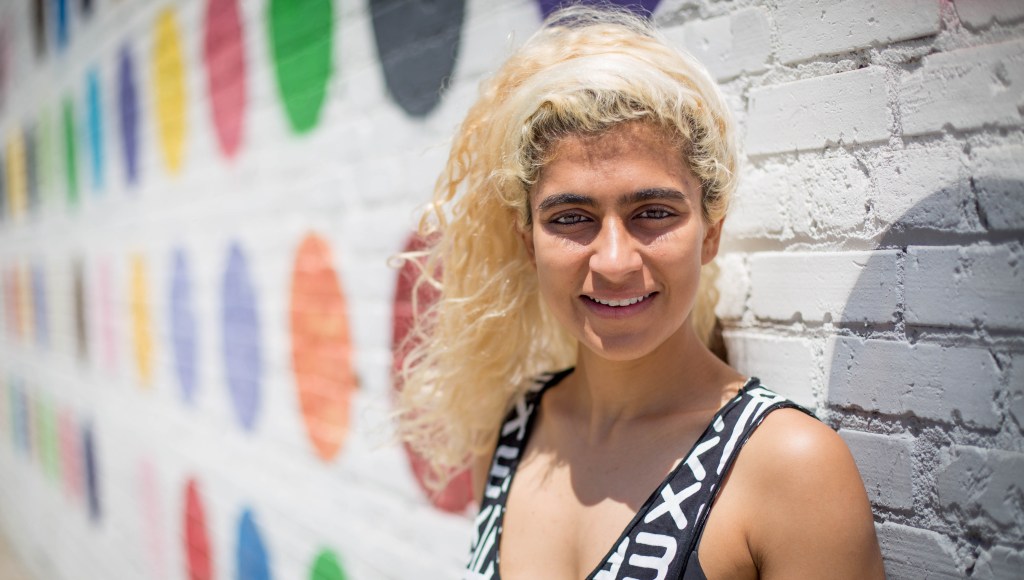 “When you don’t have your megaphone anymore, what do you want people to say was your impact or legacy?”

“I want people to say ‘Kiran was someone who empowered me to use my voice for good.’ I think a lot of girls are made to feel small and unheard or unseen. I want to be someone who teaches young people, people from marginalized communities, people who haven’t had a voice, that their voice is tremendously powerful and they have to use it.” 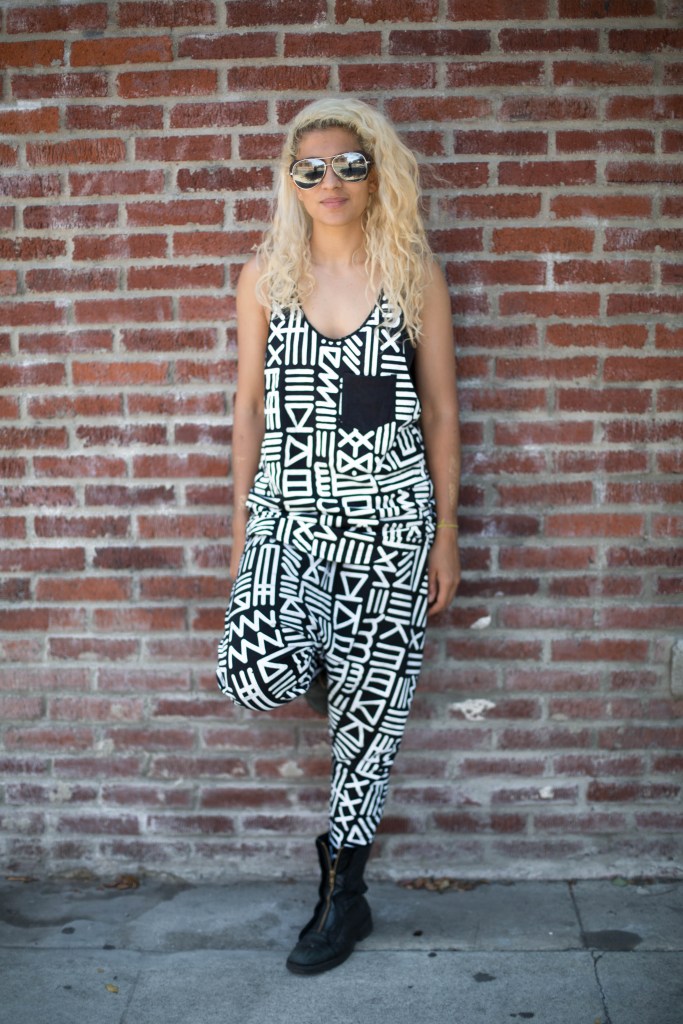 “Cool, you’re an aesthetic person, what does the style of PEACEfits bring up for you?”

“My favorite aesthetic is wearing the same pattern from head to toe. I love that. Maybe from my roots in India, maybe with MIA. I just love how it looks. I think it’s very holistic. I also love when my whole band is wearing the exact same outfit. I think it’s unifying and very symbolic. I also love the boldness of the outfit. I love black and white and one other color, which for me is always yellow. I love the androgyny of it. The idea of women exploring their femininity or women exploring their masculinity is so beautiful because it’s mutual love for the king and yang, for what you don’t possess, for what you aren’t. And then just what the brand stands for in unifying all of us. We’re wearing almost the exact same shirt, and we’re from very different walks of life, and now we’re connected. Not a lot of brands have the ability to have that principle. Where I grew up in New York, everyone wore Ralph Lauren polos, but they were like clones of each other. It’s not Ralph Lauren was trying to have lots of different types of people wear their clothes. So that aspect of PEACEfits is quite unique.”

Peep the gear at https://www.peacefits.com/

Connect with Kiran at http://www.madamegandhi.com/